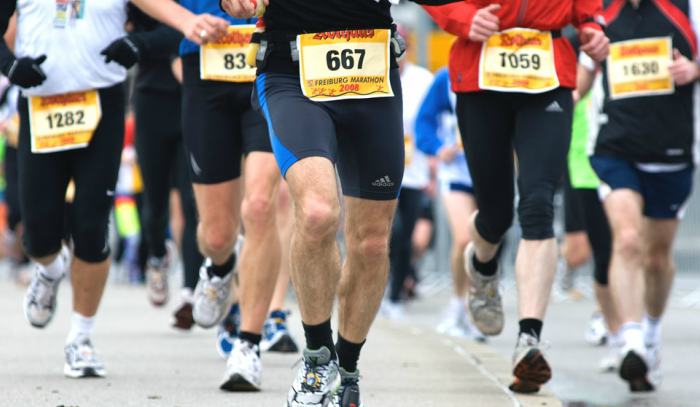 If you want to run a marathon, a regular long run should be a key ingredient of your training. Any experienced marathoner will tell you that the best way to prepare for a marathon is to get used to running long. Here are 5 tips for making the most of your marathon training long runs:

Gradually build up your distance

It’s important to gradually increase the distance of your long runs to allow your body enough time to adapt. Since the marathon is 26.2 miles long, your last long run (done at least 3 weeks before the race, if not further out) should be 20 or more miles, to give you a true approximation of the full race distance. But don’t start out with 20 miles! It’s always best to progress gradually:

Making small increases in the distance allows your muscles to grow used to the demands of very long distances. Just as a beginning mountain climber doesn’t try to climb Everest on his first hike, a marathoner shouldn’t try incredibly long distances right at the start. Building up gradually to the goal distance is the smarter and safer way to train.

There’s a reason for the phrase, “It’s a marathon, not a sprint.” When doing a long run, pick a pace that you know you’ll be able to maintain for several hours. It’s much better to err on the side of caution. Your marathon pace is usually much slower than the pace you might compete at it in a 5 kilometer race. Shorter racing paces usually feel like a struggle after a short time, but marathon pace long runs should not feel like a struggle until perhaps the very end of the run. Even if you start too slow, you can always pick up the pace later. But if you start too fast, you may not be able to finish!

The long run is the most specific way to get ready for the marathon race. For that reason you should use it as a psychological preparation for the race itself. Notice how you feel during different parts of the run. Try to accustom yourself to the feelings of fatigue that grow as you go further into the distance. Being ready for those sensations will help you during the race.

Run long runs with a group

One of the best ways to motivate yourself during long runs is to run as part of a group. Even the best marathoners in the world follow this practice. Any documentary of the great Kenyan and Ethiopian marathoners, who regularly challenge world records, shows them running in large training groups. Group runs help with sharing the effort, encouraging each athlete during times of fatigue and difficulty, and generally increase the enjoyment of each runner.

Go Long: Make the Most of Long Runs

There’s a reason that the word “marathon” has become a synonym for a huge task. Marathons are 26.2 miles in distance. That’s a long way to run! But by following the 5 tips to make the most of your marathon training long runs, you’ll be ready to run your best on race day.

Author Mike OPosted on February 22, 2017Categories RunningTags fitness, IRONMAN 2017, long run, marathon, marathon training, racing marathons, running, running a marathon, running training, training tips, triathlon
Would you like to write with us? got some interesting stories and experiences you would like to share? please email them to [email protected]