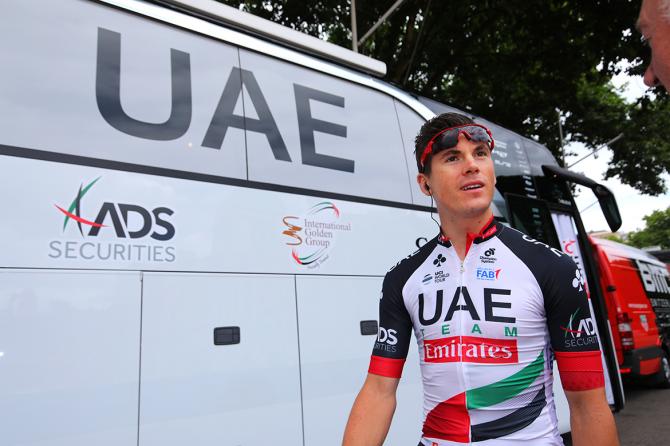 Next season will see Ben Swift returning to Team Sky after being part of UAE Team Emirates for two years.

It was Team Sky who gave the big news of Swift getting back to his old family which he first joined in 2010 when the squad was formed.

ANNOUNCEMENT: We’re excited to announce that @swiftybswift will return to Team Sky for the 2019 season.

NOT THE BEST RESULT

However, after joining UAE Team Emirates for better leadership chances, things did not go as planned. Swift had to face several harsh injuries with the next team which left him out of several important events, losing the chances to win all the titles he aimed for.

Now that he’s back in Sky, Swift, 30, admitted to looking forward to work with a new, better generation of riders.

“It’s a great feeling to be rejoining Team Sky. I’ve still got ambitions and aims for my own career, but I’m also really looking forward to going in and working with the young guys a little bit too,” he said in an official statement.

“There’s an incredibly talented crop of young riders coming through and I’ve got a lot of experience now that I can lend them.”