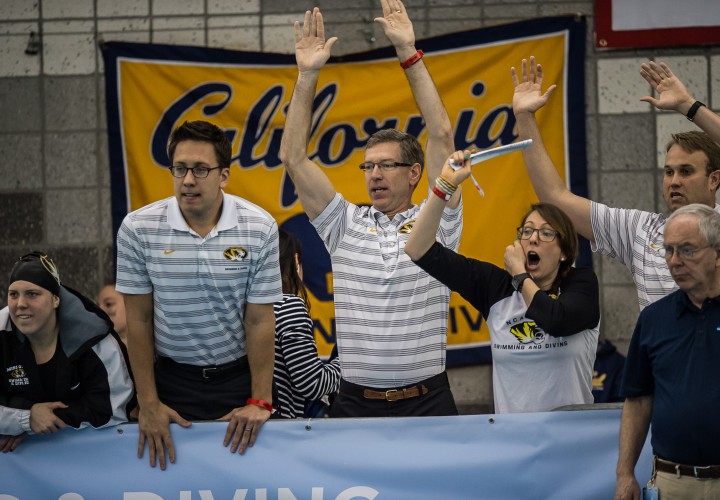 An investigation is now launched into ‘serious team management allegations’ against the head coach of Univeristy of Missouri’s women’s and men’s swimming and diving teams.

Although the university representatives refused to give a statement on camera, the athletic department did confirm that they have placed Greg Rhodenbaugh, the head coach, on a paid leave due to the ongoing investigation.

According to information provided about the shocking development by Jim Sterk, the Athletic Director of Mizzou, the student athletes had made some serious allegations against Rhodenbaugh after which it only seemed appropriate to put him on a temporary administrative leave.

Strek made a statement saying that the University’s goal is provide a great environment for student athletes. Aiming to achieve athletic and academic excellence. That is why they expect a certain level of integrity and honesty from their program coaches.

In 2011, one of Mizzou student athlete named Sasha Menu Courey committed suicide after accusing the football players on the campus of raping her.

Despite the seriousness of the situation, no one has filed any charges against him.

Suspiciously, Rhodenbaugh was the head coach of the men’s team at the time of the suicide. However, the police has found no evidence so far that links him to the tragedy.

A spokesperson for the university said that the head coach is merely on a paid leave. Also, the police has filed no report against him.