7 year old triathlon competitor is fighting for his life 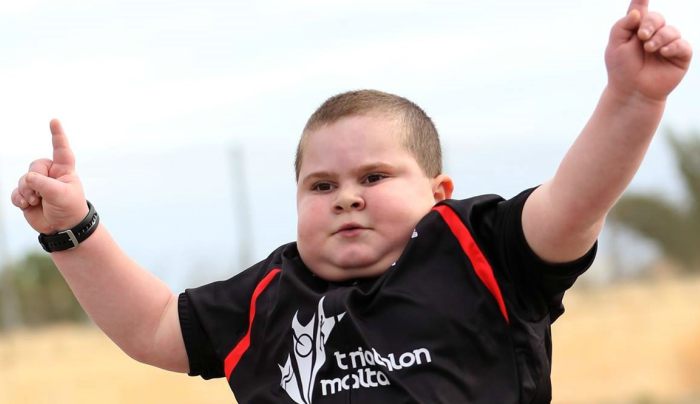 Jake Vella, the seven-year-old boy has now a passion for triathlons. Even though this wasn’t his first dream, suffering from a rare hormonal condition, he has learned to love this competition more than anything.

His hormonal illness makes him get heavier and heavier despite the diet he consumes and the regular physical activity he does. Since nothing seems to stop him from getting larger, Vella has now found a way that seems to help him with the weight control process.

Jake has seen that completing triathlons can significantly help him be fit and fight the weight gain stronger than before. According to his mom, triathlon competitions help him be and stay active, and also socialize with other kids. He now feels good about himself. She admitted Jake to lead a normal life. He goes to school and also plays the drums. 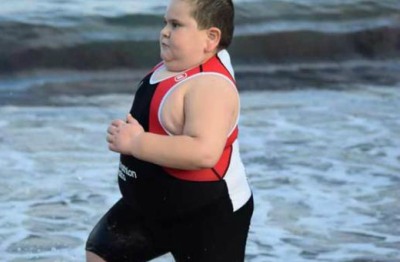 Jake Vella trains at least three times a week with Malta Youth Triathlon Association and it seems to have become a second family to the young joyful boy.

The family of the young boy has shared his touching story on social media. They want to raise awareness about this rare condition. And also, to give hope and support to the other possible cases.

“We live day-by-day, and try to as much as possible make sure that he leads a normal life,” Jake’s mother Marouska Vella told the site.

The condition this young boy suffers from can put his life in a serious threat. His rapid-onset obesity is associated with hypothalamic dysregulation, also known as ROHHAD. This rare disease affect the nervous system causing a dramatic and fast weight gain. Also, it causes a strong inability to control and regulate the body temperature and keep normal water levels. It can even cause the heart to not properly function.

Jake Vella was first diagnosed with this condition when he was only five years old after gaining more than 10 kilograms in less than six months.