Home » Magazine » Running » A 2 Hour Marathon World Record Time: Is it Even Possible?

A 2 Hour Marathon World Record Time: Is it Even Possible? 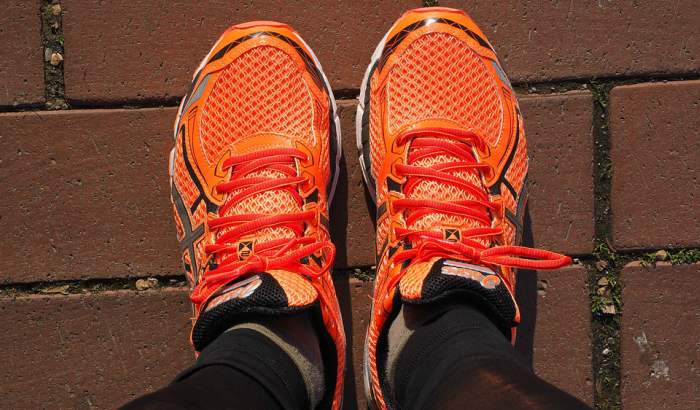 Statistics and records tend to captivate the minds of sports fans. Years ago, running fans followed the race for a sub-4 minute mile. Today, the newest attention-grabbing record is the possibility of a 2 hour marathon. But is a 2 hour marathon world record even possible? Let’s look at some of the factors:

There are a number of factors which slow marathon times. This means that if Nike’s 2 Hour Marathon Project or another race promoter could minimize or remove these factors, times would get faster.

One significant factor affecting marathon times is temperature. The body obviously generates a significant amount of heat during a full 26.2 mile race. The ideal temperature for a world record marathon may be a disputed point. But world records have tended to come from reasonably cool weather locations. The most common races for world records have been Berlin and London. The Berlin Marathon takes place in September. The London Marathon takes place in April. Both marathons occur in relatively cool weather.

Runners also have to deal with wind resistance. The effect this has on performance can best be illustrated with the story of the 2011 Boston Marathon. Although the Boston course involves a net downhill (which is part of the reason it’s not eligible for records), it’s not traditionally known as a “fast” course. Boston also has only a few turns on the whole course, which means any type of strong wind will be at the runner’s backs (or in their faces) most of the way.

In 2011, the Boston marathon runners had a strong tailwind at their back for most of the race. Two Kenyan runners—Geoffrey Mutai and Moses Mosop—ended up destroying the then-world record time of 2:03:59. Mutai finished in 2:03:02, smashing the record even though he had to run over the hilly late-race terrain of the Boston course.

The attempt to run a 2 hour marathon needs to find a way to control for wind. If the runners can compete on a windless day, or even have a slight tailwind, the likelihood of a record marathon time increases.

The vast majority of marathon record breakers have benefited from having one or more “rabbits” set a fast pace. These pacemakers help break the wind and keep a steady pace to avoid falling behind world record schedule (or conversely, going too fast early on). A 2 hour marathon record attempt would need to find athletes strong enough to keep such a fast pace for a long time.

Although it is common to hear that there are no limits to human athletic achievement, clearly some kinds of limits exist. A human being will never be able to run as fast as a cheetah, or break 5 seconds in the 100 meters, or 2 minutes in the mile. These kinds of times are beyond the physical ability of a human body.

Before Roger Bannister became the first man ever to break 4 minutes in the mile, some theories claimed that such a time was impossible. Although Bannister did break the barrier with 3:59.4, today the record is “only” 3:43.13, set nearly 20 years ago in 1999. The best mile time has certainly improved, but there’s a clear limit to how fast it’s gotten.

What great running legends say about it

Haile Gebrselassie of Ethiopia is a 27-time multiple world record holder, 2-time Olympic champion, and 4-time world champion. He is considered possibly the greatest long distance runner of all time. Gebrselassie set the world marathon record at Berlin in 2008 with a time of 2:03:59. When asked about the 2 hour marathon, Gebrselassie said, “The first sub two-hour marathon will need 20 to 25 years, but it will definitely happen.” (http://olympics.nbcsports.com/2014/10/14/haile-gebrselassie-on-sub-2-hour-marathon-maybe-in-10-years/)

Kenenisa Bekele is an Ethiopian runner who broke many of Gebrselassie’s world records on the track. Bekekel has also run the second fastest marathon ever. He narrowly missed breaking the world record at Berlin in 2016 by running 2:03:03. When asked about the 2 hour marathon, Bekele replied:

“For me it’s impossible, maybe…You never know. Maybe in 10 years’ time there is a different thing. Maybe somebody creates a new technology.” (https://www.nytimes.com/2016/05/15/sports/two-hour-marathon-yannis-pitsiladis.html? _r=0)

A 2 Hour Marathon: Is it really possible?

Ultimately, talk is just that: talk. We can speculate all we wish, but we will never know if the 2 hour marathon is possible unless someone actually achieves it.

Author Mike OPosted on February 22, 2017Categories RunningTags 2 hour marathon, fastest marathon time, human performance limit, ironman, marathon, marathon world record, racing marathons, running, training tips
Would you like to write with us? got some interesting stories and experiences you would like to share? please email them to [email protected]