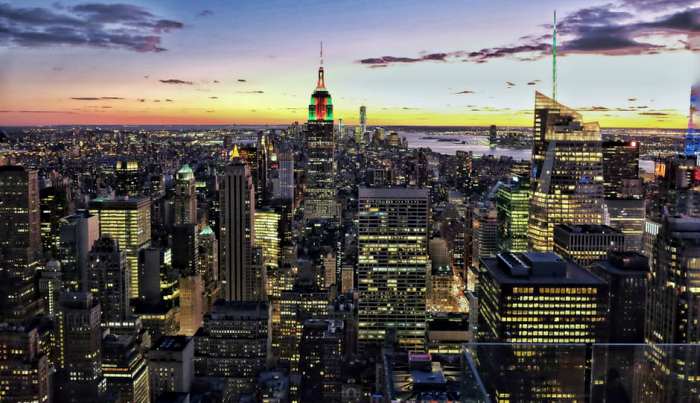 New York City Marathon is considered to be the biggest marathon with the largest number of participants. It’s founded in 1970 and since then, it gathers people from all over the world. Starting from elite athletes and finishing with amateur Americans you just love the participation. Also, because they want to support different causes that NYC marathon supports by continually raising funds for charitable giving.

Below, you can find some interesting facts about this huge marathon that takes place once a year and has more than 300 million viewers. Who knows, maybe one day you’ll be part of this yearly NYC event and feel good and proud to know all these amazing facts.

1) The first New York City Marathon took place in 1970 and it had only 127 participants with only 55 being able to cross the finish line.

2) To enter NYC marathon, everyone needs to pay more than 150 dollars. When it first started, the registration fee was only 1 dollar.

3) In 2002, a former firefighter from UK, participated in the NYC marathon with a 130lb diving suit. He was able to finish the marathon only after 120 hours. His main intention was to raise awareness for leukemia.

4) New York City marathon each year raises millions of dollars for charity. In 2011 it was able to raise over 34 million dollars. All the money went for 190 non-profits organizations.

6) More than 40% of the entire NYC marathon participants are international athletes and amateurs.

7) During the marathon, more than 1800 of portable restrooms are shipped in for the participants on the start line and more than 2300 are set through the route. Well, all the water participants use to hydrate, has to go somewhere right?

9) The first woman to run the New York City marathon in less than two and a half hours was Grete Waits, form Norway. She has won nine marathons and is the biggest winner in marathon’s history so far.

10) To organize the first New York City marathon, it took only 300 dollars! Today, this amount is almost as the fee an international participant has to pay.

11) The first NYC marathons winners had the possibility to win watches and the trophies were made by recycled baseball (balls).

12) In 1977, an 8 year old boy was able to finish the NYC marathon in almost three hours! His name is Wesley Paul and he’s from Columbia. He is the youngest participant in NYC marathon’s history.

13) Through the route of the marathon, there are more than 61,000 gallons of spring water and 32,040 gallons of Gatorade to keep all the participants well-hydrated through the racing hours.

14) New York City Marathon is considered to be the most monitored race in the world today. According to a New York Times report, it has more than 1.6 million pieces of unique data.

15)  NYC marathon creates more than 11 tons of trash each year.

17) Before the racing, all participants set up the New York Marathon Eve dinner and boost their energy level s with pasta and other foods to prepare for the following day.

18) To be witnesses of this amazing New York event, more than 2.5 million of people line the course and watch the participants run by cheering and giving them support.

19) A Vietnam War veteran was able to finish the New York City marathon by only using his hands. It was 1986 and it took him almost 98 hours to touch the finish line.

Author Edisa CollakuPosted on December 17, 2016December 18, 2016Categories News & StoriesTags fitness, marathon, New York City, runners, running, sports
Would you like to write with us? got some interesting stories and experiences you would like to share? please email them to [email protected]