Most common USA triathlon rules violations you should know to avoid 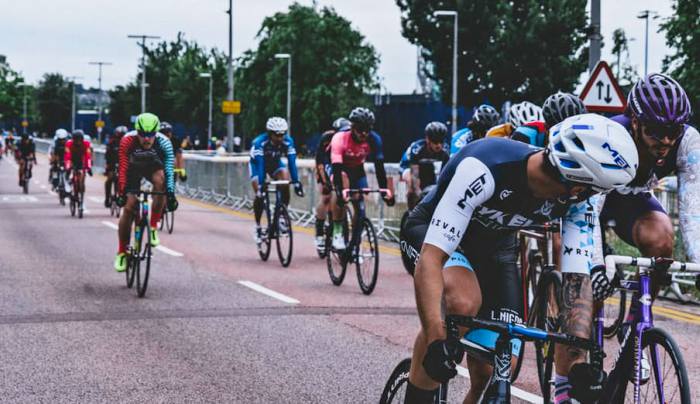 Many athletes, especially newbies, tend to unintentionally violate several triathlon rules put by USAT (USA Triathlon). Many of these athletes are being disqualified for not-following curtain rules. According to USA Triathlon, it is up to each participant to know what the rules are! So, if you don’t want all your training session to waste, then our advice is to carefully read the below-mentioned violations considered to be the most popular ones that make athletes to constantly be deprived from racing.

If you don’t want to get a time penalty, then, when it comes to your equipment, they should be placed in the specific bike corral. The bicycle wheel should be down on the side of this specific area. All bar ends should be plugged and no glass containers are allowed.  No participant should interfere and use the equipment or impeded the progress of someone else.

In USA triathlon censured events, only helmets approved by the CPSC (US costumer Product Safety Commission) can be used. All participants must be wearing their helmets before during and after the cycling race. The penalty for this rule violation is disqualification. The same penalty (sometime only variable time penalty) goes and for shin straps. They must be always bucked when on bike. It is not allowed to unbuckle them unless you’re off the bicycle.

All participants must follow the prescript course and always stay within the coned lanes. Otherwise, if you cut the course, it is considered to be an obvious violation. All cyclists must be focused to obey all traffic laws during the race. They should not cross a solid yellow center line!

Keeping headphones with you

If you don’t want to get time penalties, then, any music or the electronic devices such are headphones, headsets, ipods, walkmans, mp3 player etc., should be left home. No participant can carry any of these devices during the race.

Any athlete must carry his number all the time during the run. Individual numbers must face the fronts, be visible and not cut or covered at any time. When the number is missing, USAT gives a variable time penalty. But, if your number is being transferred to another athlete or taken from him, you get disqualified and one year of suspension from membership.

A variable time penalty is what every athlete throwing garbage or his belongings (clothing etc.) on the course, gets.  This rule is taken very seriously by the USAT organizers.

Disqualification for all unsportsman-like conducts

Any harsh, offensive and abusive language or other unsportsmanlike conduct thrown at any of the spectators, athletes, volunteers or USAT officials is strongly forbidden. Doing this, will disqualify you from the race.

If you get assistance from outside…

An USAT participant can only get assistance from race organizers or medical officials. Any other assistance costs you a variable time penalty. Every athlete should keep in mind that every single race is a personal fitness test!

Not having bar end plugs results to not being able to race. So, before you go, don’t forget to pack some extra plugs with you.

Author Edisa CollakuPosted on December 18, 2016Categories News & Stories, TriathlonTags athlete, competition, cycling, rules and violations, running, swimming, triathlon, triathlon rules, US triathlon, USAT
Would you like to write with us? got some interesting stories and experiences you would like to share? please email them to [email protected]