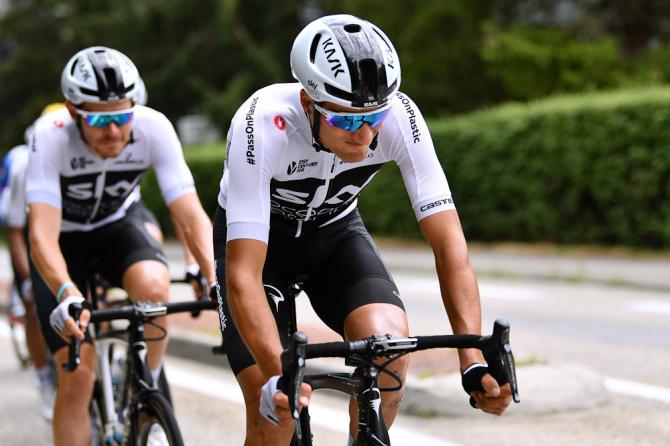 After the Tour de France debacle last summer, Gianni Moscon emerged as the winner of the two-day Tour of Guangxi. The Italian has thanked Team Sky for having his back in the Tour de France incident that he referred to as a “big mess”.

Moscon was disqualified by the jury of Tour de France for punching another cyclist, Elie Gesbert, at the start of 15th stage. Although he was disqualified, the event was still won by Sky Team member Geraint Thomas.

While giving an interview to the Cycling Weekly, the Italian cyclist said that he had already talked a lot about the incident and that it was a big mess.

He added that it didn’t feel nice being sent home like this over such a small issue. He said that the incident had numerous witnesses and the jury ought to have taken the bystanders’ opinions before making such a harsh decision.

He also said that he spoke to Geraint as well as other members of the team and their concern had kept him motivated to make a stronger return which he did.

After completing the five-week suspension, Moscon returned in even better form than before. He won the Coppa Agostoni, Giro della Toscana and the national time trial championship to make a noticeable comeback.

Author Edisa CollakuPosted on October 23, 2018October 22, 2018Categories Cycling, News & StoriesTags cycling news, cycling news 2018, gianni, Gianni Moscon, gianni news, Team sky news, tour de france gianni moscon
Would you like to write with us? got some interesting stories and experiences you would like to share? please email them to [email protected]