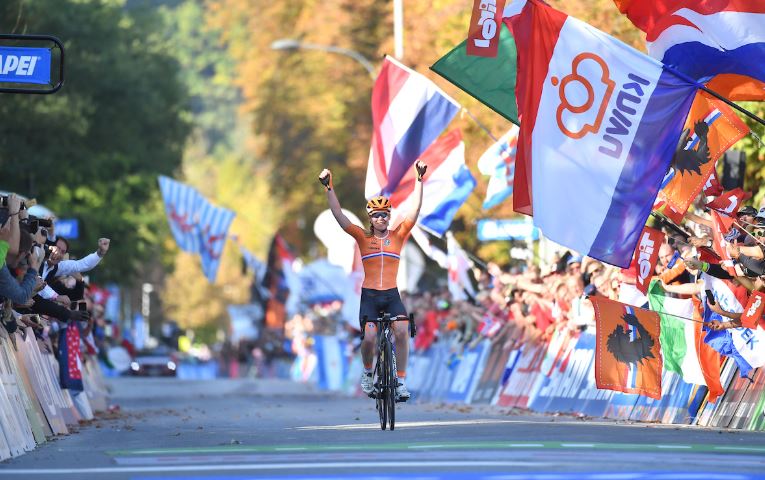 ? It was another ORANGE ? day as @AnnavdBreggen claimed GOLD ? in the Women Elite Road Race at the 2018 UCI Road World Championships! ?

The winner of Giro Roda, organized by Tour de France, has finally won the so-deserved title after placing herself on the top-10 for more than four years now. She even won second place on 2015.

Working hard for her main goal

Van der Breggen admitted to have dedicated her entire 2018 season to the World Championships by setting her focus straight and adopting an intense race schedule, including some demanding mountain biking sessions.

? Take a look back at the highlights from another stunning day of racing as @AnnavdBreggen ?? claimed GOLD ? in the Women’s Elite Road Race #InnsbruckTirol2018 pic.twitter.com/9ZkMitQJ6q

“I was happy this morning that tonight, no matter how it went, it would be over and I could enjoy cycling again,” she admitted.

“When I crossed the finish line it was relief – that it finally worked out,” she said. “I won it this time. I am really thankful for that.”

? Powering away from her competition ? @AnnavdBreggen continued to display the Dutch ?? dominance by becoming 2018 UCI Road World Champion! ?