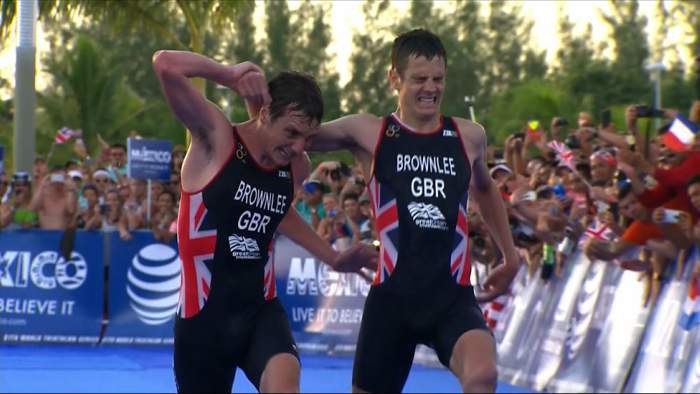 Britain’s Jonny Brownlee has admitted to have no hope in becoming this year’s World Triathlon Series ultimate champion while defending the Edmonton title today.

Jonny Brownlee, 27, was able to finish in the second place while his brother Alistar took the first one last month. Jonny is now pulled back from this month’s Hamburg competition after not being physically very well.

“Finishing the season well is really important to me,” – the silver winner at the Rio 2016 Olympic Games and bronze winner at London 2012 said.

He currently stands 23rd in the global rankings having 740 points in total. He is 2,124 points behind Mario Mola from Spain, the defending world champion and leader.

After the Edmonto’s race, there are also two other World Triathlon Series events. They will take place in Stockholm and Montreal in the following month. The winner is awarded with 800 points for each race.

After these two events, the Grand Final of the World Triathlon Series will take place in Rotterdam in September. The winner of this race is automatically awarded with 1,200 points.

“I was really disappointed to miss Hamburg, but I had to listen to doctors’ orders,” Brownlee, the Mola beater in last year’s Edmonton race, said. “Although I’m not certain how things will go in Edmonton, I know I’m feeling a lot better than I was.”

Among Britain’s competitors, are also Gordon Benson and Grant Sheldon. They were both able to finish in the fourth place in the last year’s Edmonton event. They are now looking to take the victory in this weekend’s race.

As for the women’s race, it is expected no British triathlete to race in Edmonton or even Montreal due to annual planned altitude training. Also, due to several injuries both Jodie Stimpson and Vicky Holland have.