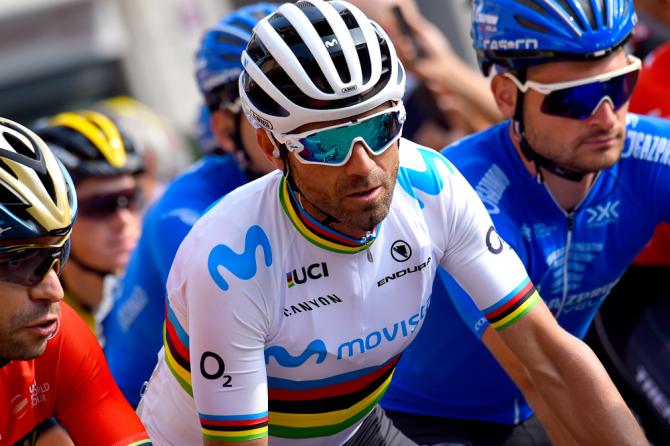 The new World Champion Alejandro Valverde claims that he strongly believes the sport of cycling is in “great health” when reporters asked him whether the sport is clean.

Valverde, 38, just won his first World Championship title while in Innsbruck, Austria after beating his rivals in an impressive performance while in a four-man sprint last month.

While speaking with the famous Spanish newspaper Marca, the champion admitted that he strongly believes that the sport of cycling is now in a great state and is healthier than ever before.

Valverde also said that he does not like to be asked about the Operation Puerto doping claims which left him suspended for two whole years.

“It does not hurt, but I do not like to be asked, even you now. It’s journalists, first and foremost who give weight to it. Anyone is free to write what they want but in giving weight to it you play the game,” he said on the matter.

This season has definitely been great for the Spaniard who has won overall at the Volta a la Comunitat Valenciana, and also at the Abu Dhabi Tour, the Volta a Catalunya and finishing it off with La Route d’Occitanie.

At the Vuelta a España, Valverde was able to finish fifth overall. This was right before grabbing his first rainbow jersey two weeks later in Austria.