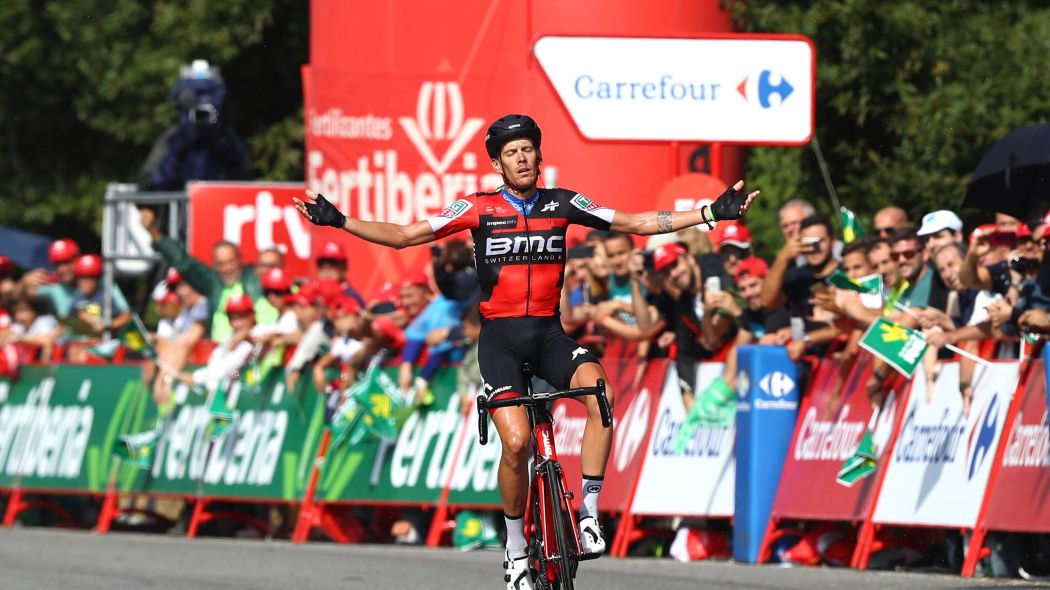 On the other hand, Britain’s Simon Yates was able to keep his leader’s red jersey.

As heavy rain made the long route feel extra harsh and demanding, BMC cyclist De Marchi was still able to push clear of rider Jhonatan Restrepo during the final kilometers of the 207.8km-long route that started in Mombuey and sent riders to Ribeira.

Mivostar’s Alejandro Valverde on the other hand stands only one second behind Yates, 26, and many believe he will eventually be able to grab the red jersey.

Nairo Quintana stays in third place only 14 seconds back from Yates.

“If I had waited for the sprint, for sure I’d have finished second,” De Marchi said.

“The only option I had was to try everything on the last climb. Honestly, I didn’t have my best legs, but it was just in the head. At one moment today I just said that I just had to keep trying because it was a real battle.”

Author Edisa CollakuPosted on September 6, 2018Categories Cycling, News & StoriesTags cycling event 2018, cycling news, Marchi vuelta a espana 2018, Simon yates, Simon yates vuelta a espana, Vuelta a Espana 2018 news, vuelta e espana 2018
Would you like to write with us? got some interesting stories and experiences you would like to share? please email them to [email protected]