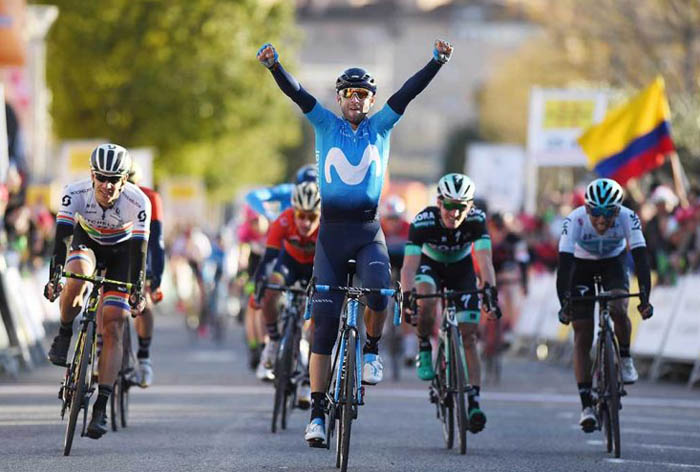 Spaniard Alejandro Valverde has won second 175.6km stage of this season’s Voilta a Catalunya which started in Mataro and ended in Valls.

Movistar’s Valverde, after being able to survive the famous Coll de Lilla climb and then some extremely tight turns, started using his last energy sources to end the race beating both Daryl Impey (Mitchelton-Scott) and Jay McCarthy (Bora-Hansgrohe).

“It was a great day, there was a lot of pressure on us because the headwind slowed the race but the team worked extremely well,” he said.

“The team kept me up front, and we picked up the intermediate bonus but the plan wasn’t really to win a stage like this, and when it happens you have to go for it. This win is for my son Ivan, who broke his collarbone playing football.”

Valverde also added that tomorrow, is going to be a tough day for him since he is now fighting to keep the lead.