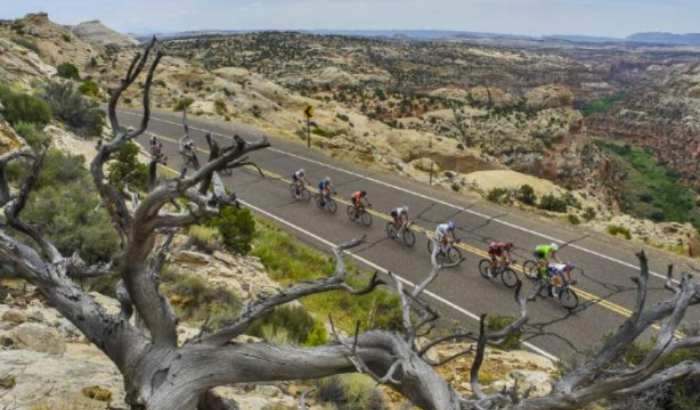 Tour of Utah is officially marked as the toughest stage race in US today. That is why, even though this is the 13th time this race is being organized, its main intention to challenge professional cyclists to the limit remains the same.

Yesterday, Tour of Utah’s organizers unveiled the official route of the competition. The 2017 version of this UCI-sanctioned event is planned to cover 600 miles and around 36,530 feet of elevation part. The whole competition will last seven days. Its starting date will be on July 31, 2017.

Three from the total of seven stages will include mountaintop stage finishes and also an individual uphill time trial.

#TOU17 route announcements p/b @VisitSaltLake are coming your way soon. Announcements will be made via social media. Get ready! pic.twitter.com/8QJi38ljXa

The first five stages of the race will take place in the early morning hours. This with the intention to support different live national TVs broadcast on the network of FOX Sports. Usually, each stage finishes between 1:30 and 2:00 pm.

The Ultimate Challenge is at this stage.

“We are proud to design and orchestrate new race courses each year. This year’s Tour of Utah brings back the individual time trial and the circuit race at the Capitol, which will both challenge the professional athletes and energize our fans.” – Jenn Andrs, the executive director of the Larry H. Miller Tour of Utah, said in an official statement.

He also added: “With live broadcasts each day on Tour Tracker and FOX Sports Network, we can bring the excitement of the race and the beauty of Utah to fans all over the world.”