Tim Don gets hit by a car. World Record holder out of Ironman World Championship (Video) 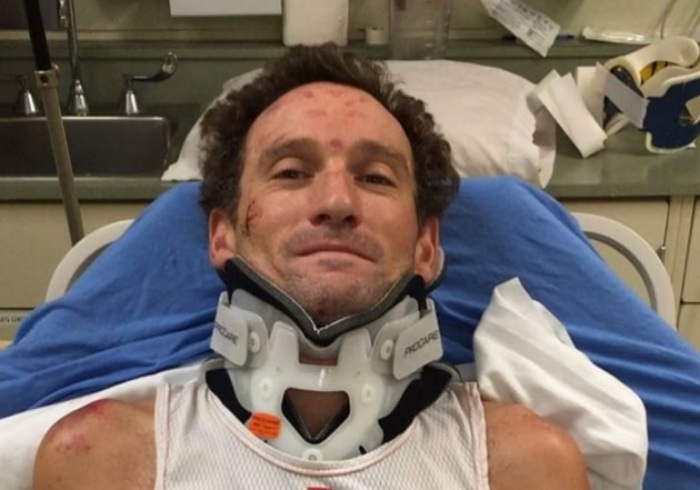 The reason became a passing vehicle that hit the Ironman while he was riding his bike yesterday morning. A car collision left the record holder in the hospital with some serious injuries.

Apparently, Don, one of the most favorite athletes registered to compete in this weekend’s biggest Ironman event, was riding his bike on Wednesday morning near Kona’s airport when he was suddenly struck by a passing vehicle. Among his multiple injuries, Don also suffered a C2 vertebrae fracture in his neck.

“Unfortunately I got hit by a car this morning. I have a fracture in my C2 vertebrae,” said Don, 39 in an online status.

“The good news is I don’t need an operation. The bad news is I’m out for the best part of five or six weeks in a brace.”