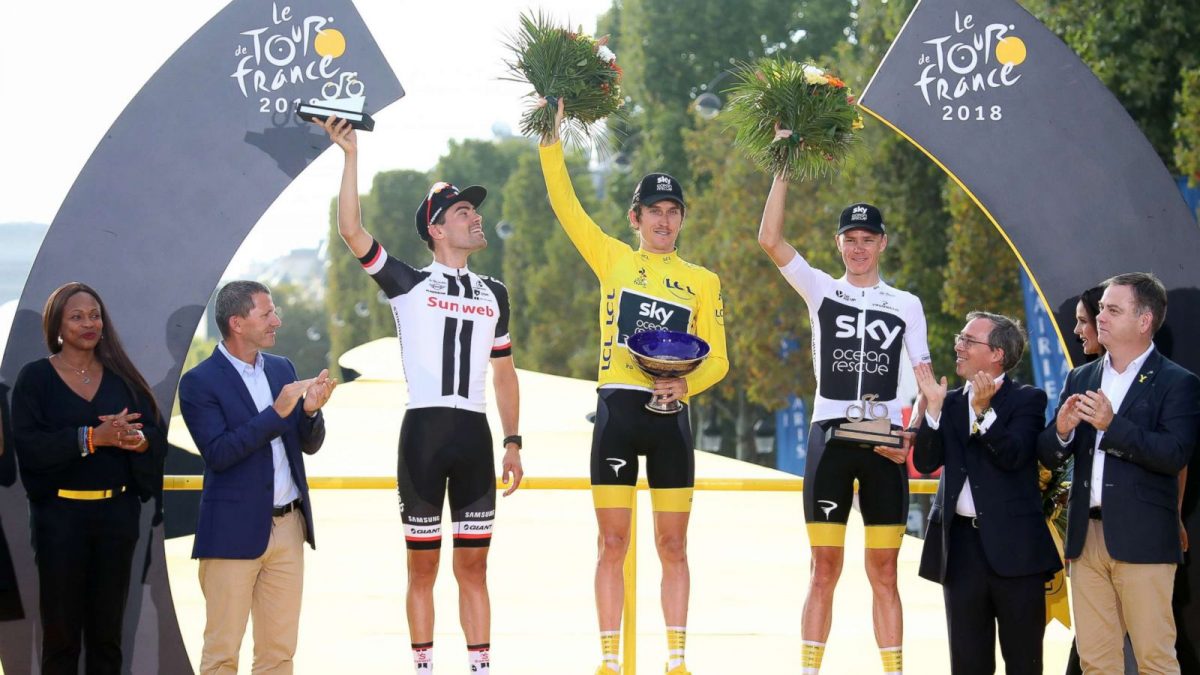 British cyclist, Geraint Thomas, is back to reclaim the Tour de France trophy after it was stolen from him during a cycling exhibition in Birmingham.

The precious trophy was loaned to Birmingham’s National Exhibition Centre last month for a cycling show. But it was stolen from the event when left unattended. The Exhibition Center only revealed the unfortunate incident to the public last week.

Thomas said that he was extremely affected by the theft. Especially since the trophy held an incredibly sentimental value in his heart.

He hopes that whoever stole it will have a change of heart and return it to him in the future. He added that the trophy had a special meaning for him. But, what matter more is the incredible summer he had competing in Tour de France and eventually claiming victory in the tournament.

West Midlands police is currently investigating into the incident. The authorities released a statement recently saying that they were contacted by the National Exhibition Centre on October 2 to report the missing trophy.

According to the NEC, the thief stole the valuable item on September 29, during the 6.30pm-7.30pm timeframe.

Thomas’ team Sky also released a statement regarding the matter. They said that they are contacting relevant parties to come up with the best way to resolve the issue.