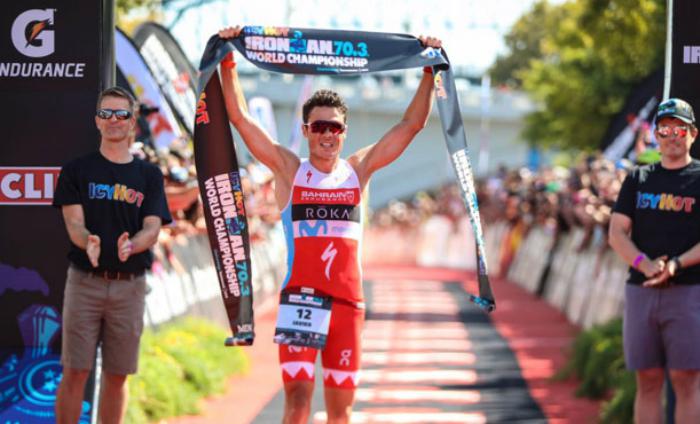 Javier Gomez just added to his career the world title at the IRONMAN 70.3 World Championship held in Chattanooga. He was able to pass American Ben Kanute exactly eight miles to the finish line.

Yesterday’s win added to Spanish triathlete’s career the achievement of being the most decorated International Triathlon Union athlete in the history. He is currently a record holder, winning 5 ITU world titles. Gomez also has 13 ITU World Triathlon Series victories.

“It was a really tough race. Ben did a really amazing bike [leg], so I had to take some risks on the first lap. I went faster than I should have, probably, but I wanted to catch him. Then I just tried to survive.” – Gomez said.

“This is how I race. My racing plan is not much of a secret to anybody who steps on the line with me,” Kanute said. “They know I’m going to push the swim and the bike. That, to me, is an exciting way to race, and I think that plays to my strengths pretty well.”

Author Edisa CollakuPosted on September 11, 2017September 11, 2017Categories News & Stories, TriathlonTags 70.3 IRONMAN, Ben Kanute, IRONMAN 2017, Ironman 70.3 world championship, ironman events 2017, Javier Gomez, Javier Gomez Ironman 2017
Would you like to write with us? got some interesting stories and experiences you would like to share? please email them to [email protected]