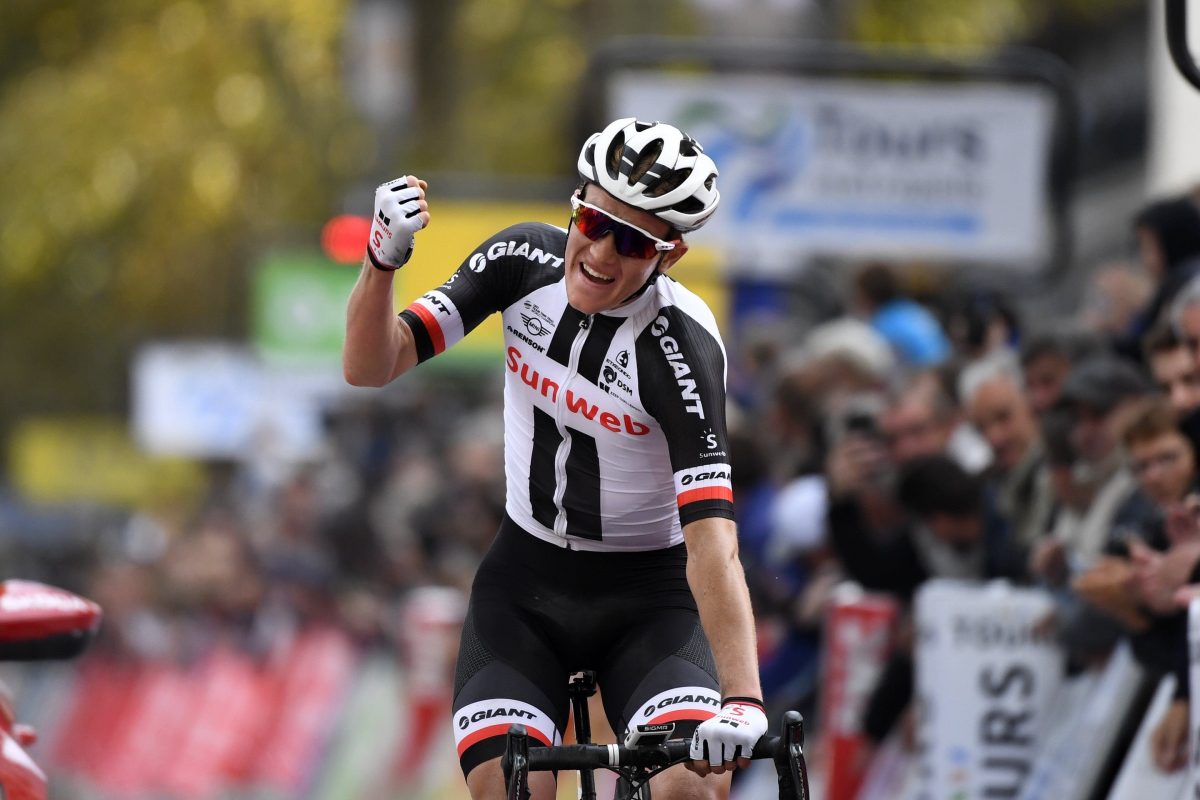 Soren Andersen of team Sunweb won the 112th edition of the Paris Tours. The Dane victor launched an attack with just 11 km left and gunned down the finish line before opponents, Niki Terpstra and Benoit Consnefroy. It was a remarkable victory for the 24-year-old who came second in last year’s race.

The riders had to race a 214.5 km track between Chartres and Tours with the last 60 km being a tough uphill climb.

The tour has traditionally been dubbed as the ‘sprinters classic’, offering a significant advantage to fastmen over Classics specialists. But the new-and-improved gravel track this year swung the ball in the latter’s favor.

The race was also marked with numerous punctures, with Tiesj Benoot from Lotto-Soudal and Philippe Gilbert from Quick-Step Floors falling behind despite having fast legs.

De Bondt and Devreindt led the race until the last 50 kilometers but they fell back after getting caught in a peloton at the 35 km mark.

Niki Terpstra and Benoit moved to the front too and the three raced alongside until the last 10 km. Kragh eventually picked up pace but his two opponents couldn’t keep up. The Dane victor sprinted down the finish line solo, winning first place in the Tour.

Kragh said that he enjoyed every moment of the race. The last 10 km uphill were definitely the most challenging part of the track but the climb was worth it in the end.

Author Edisa CollakuPosted on October 9, 2018Categories Cycling, News & StoriesTags cycling event, cycling news, cycling news 2018, Paris Tour news, Paris-Tours news, Soren Andersen, soren kragh andersen
Would you like to write with us? got some interesting stories and experiences you would like to share? please email them to [email protected]