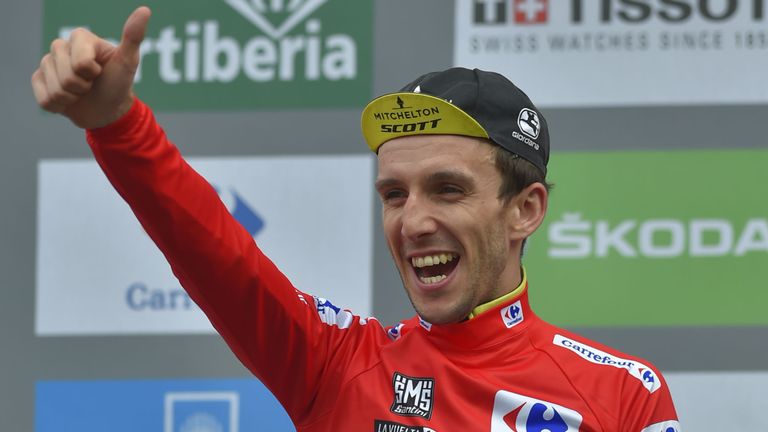 Simon Yates of Britain dominated the Grand Tours this year after he was named the champion of Vuelta a Espana 2018.

In what appears to be the year of British cyclists, the nation has made a clean sweep in 2018’s Grand Tours. Yates’ victory comes after Geraint Thomas and Chris Froome were named the champions of Tour de France and Giro d’Italia respectively.

The winners, who belong to Britain, have marked an unprecedented achievement for the nation in this year’s cycling tournaments.

The 26-year-old British racer, who belongs to the town of Bury, walked into Sunday’s final with a strong lead of 1 minute and 46 seconds, making his success all but guaranteed. The cycling champion managed to avoid any mishaps and successfully steered his bicycle towards his first-ever Grand Tour title.

It was the one of the most historic moments in Grand Tours with all three championship winners belonging to the same country. Even Yates was astonished by the outcome.

He said that growing up, he always saw riders from Spain, France and Italy leading the races, but having Britain win not one, not two, but three Grand Tours in a single year has be one of the biggest accomplishments in sports history.

Froome, who is one of the successful British riders of all times, having won Tour de France three years in a row from 2015 to 2017, also acknowledged Yate’s achievement.

He said that this year has been fantastic for British riders. He admired Simon’s strength during the last three weeks of the race and was extremely happy to see him win the maillot rojo.