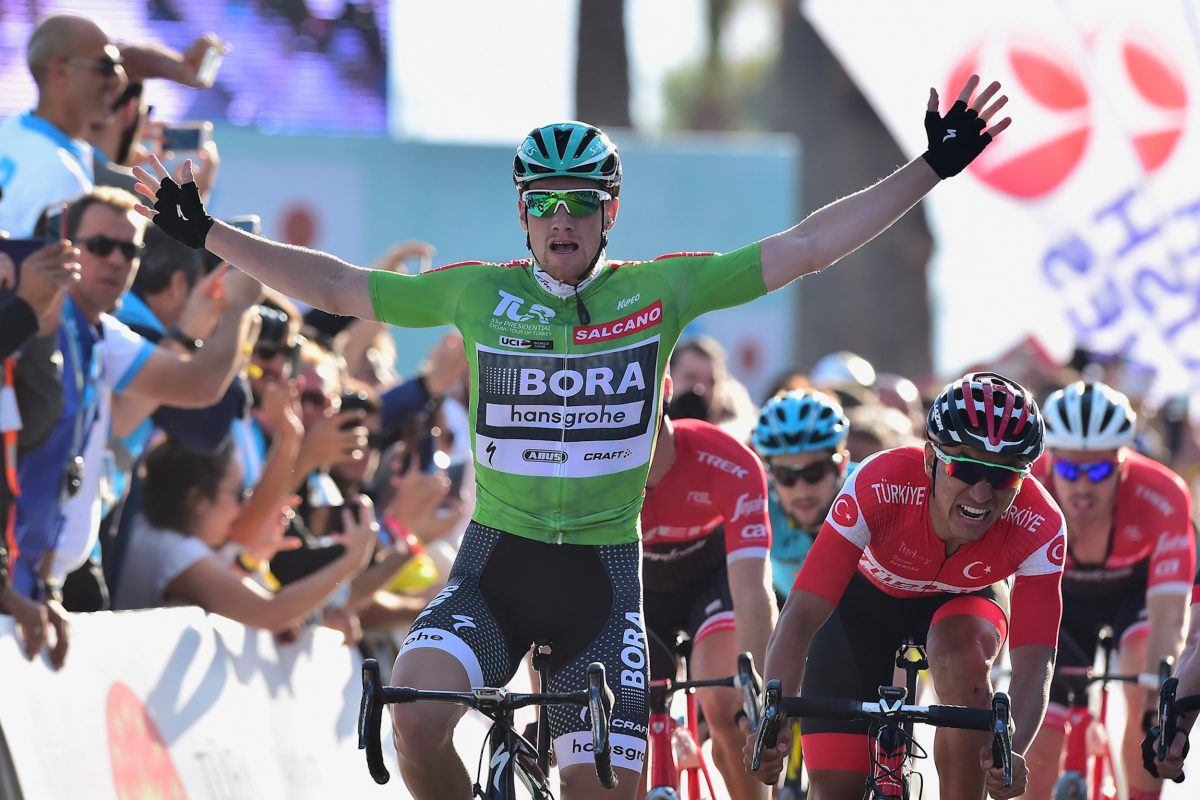 Ireland’s Sam Bennett was named victorious in 54th Presidential Tour of Turkey for two days in a row, putting him in overall lead for the remaining tournament.

Bora-Hansgrohe’s rider surprised the crowds in the final moments of the race as he sped past his Álvaro Hodeg to claim stage victory. It was a special moment for the Irish cyclist who hasn’t won a tournament since Giro D’Italia.

Bennett said that he was elated by the outcome of the race, and even though he can’t relax just yet, an overall lead in the tournament does take some of the pressure off him.

He thanked his team for their unwavering support throughout the tournament and congratulated them on the victory.

Bennett explained that he waited for his team because he didn’t know if they had caught the breakaway but in the final 10 km, the competition became so tough that he had to focus on his own performance.

The Irishman said that it felt good to win a race in the off-season because it helps in boosting his morale even when there isn’t much racing left for the rest of the year.

After winning the opening stage on Tuesday, Bennett is now leading by six seconds which puts him in a pretty good position for the rest of the stages. He also won four stages in Tour of Turkey in 2017.