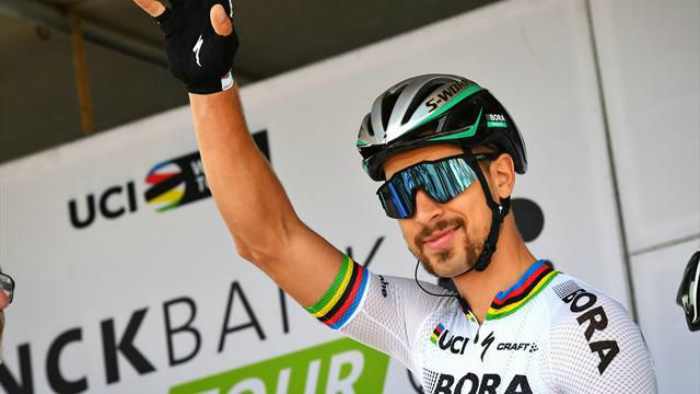 Peter Sagan extended his contract with Bora-Hansgrohe until 2021 to enjoy two more years of success with his team.

Sagan first joined the team in 2017 and has claimed over 20 victories in professional cycling since then. In 2018 alone, the Slovakian cyclist won four Tour de France stages and the iconic Paris-Roubaix. He also secured a victory in July’s Tour with a record-equalling sixth Points classification.

But his UCI Road World Championship record streak came to end on Sunday in Innsbruck.

The 4500m of elevated gains as well as an 8km climb to the lgls proved to be too difficult for Sagan and he eventually gave up in the fourth lap, abandoning the race with still 93km to go.

The rider won his first world championship in 2015 where he attacked Richmond’s steep 23-rd street ascent before sailing through the technical ascent and racing through the finish line, first in place. In 2016 and 2017, Sagan claimed the winning title once again in sprint races.

Sagan still has over a year remaining on his previous contract with Bora-Hansgrohe but he was quick to put his signature under fresh terms. The rider said that he was excited to extend his commitment to the team till 2021.