According to Hawaii Ironman organizers, Victor Harbor, triathlete Kevin Fergusson and quadriplegic Sid James, cannot be part of the race due to Sid’s delicate physical condition. According to his medical report, the participation would put him at a very high risk.

The pair, after getting a phone call from Ironman race organizers, only one week before they were set to travel in Hawaii for the race, was informed that they could not be part of the race after Ironman organizers checked the Sid’s medical reports.

The backlift came right after Ironman Oceania decided to go public with its decision to grant them an ambassador position in the October 14 triathlon race which includes a 3.8 km swim, 180 km ride and 42.2 km run. 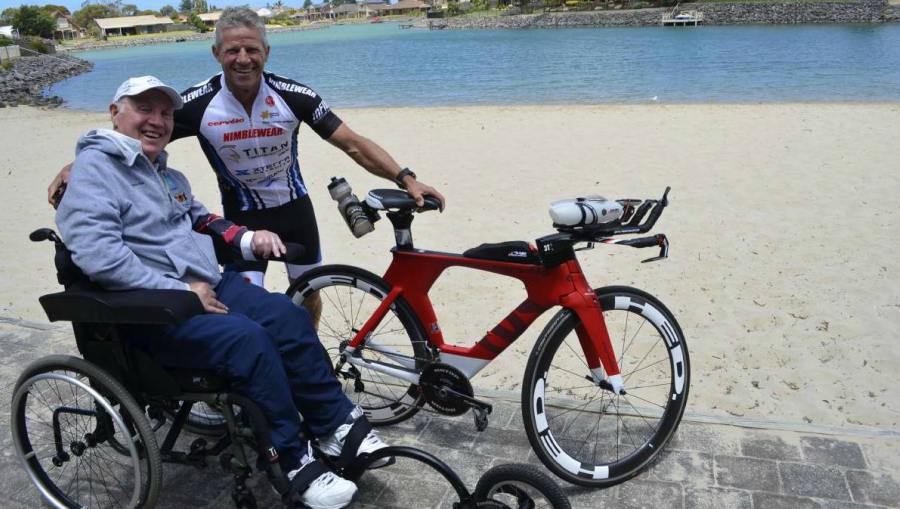 Sid first became a quadriplegic in 1993 while he was training for his participation in an Ironman race. Today, he cannot use his legs and arms. He is known to be the sport’s most inspiring story while Kevin decided to tow him around the race in a kayak and a three-wheeled bike trailer.

A long time training and preparing

The pair had to spend the past 12 months training together. The training schedule made Sid lose 13 kilograms making things much easier for him to do a triathlon.

Preparation also included special medical equipment that would monitor Sid’s hydration levels and other parameters of his body. All of these measures were taken right after Sid’s waiver form was accepted by race organizers. Initially, they gave him the OK to become part of the big day.

“I’m bloody devastated, I get upset just thinking about it, why couldn’t they have made their decision earlier?” Sid said on Tuesday during an official interview.

“I feel sad for Kevin, he’s put in a lot more work than I have. I haven’t seen the bit of paper that says what’s wrong with me. And I know I’m a C3 quadriplegic but I’m fit. As far as I’m concerned I’m ready to go, it’s very disappointing,”- he added. 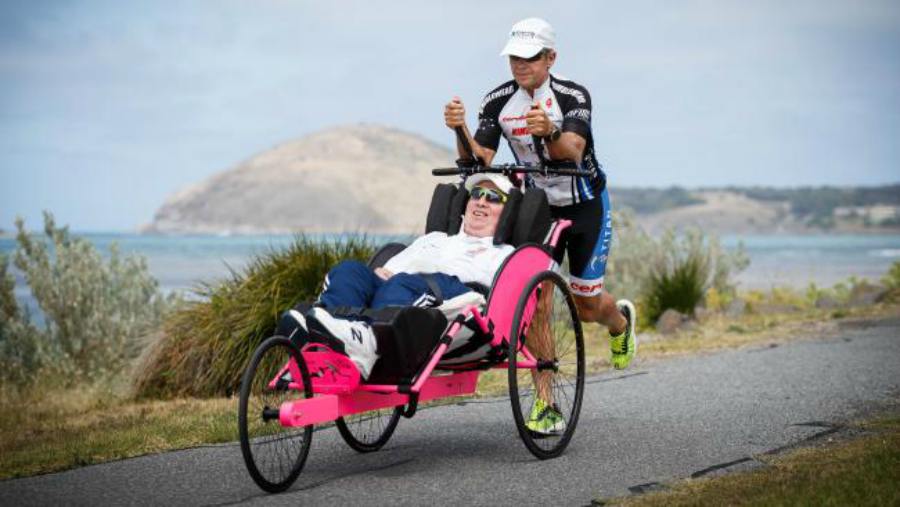 The guys are now both completely shattered by the decision that stops them from taking part in the triathlon event.

However, both Kevin and Sid, along with their support crew, are still going to Hawaii at a total cost of $60,000. Kevin will still take part in the race but this time, as an individual in his age group.

“I’m going to take Sid out for a swim in the kayak. We’ll go out to the pontoon. We’ll go for a ride and a push to show him the highlights of the course,” Kevin said.

“And I’m going to finish that race and take the medal off and put it around his neck and tell him not to give it back to me until he gets one of his own. So we’ll start looking at Ironmans in Australia, possibly Busselton in WA,”- he added.