Olympic swimmer tells all about her former coach’s sexual abuse! 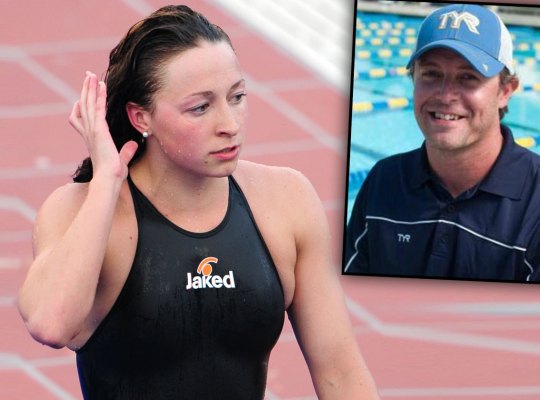 Olympic swimmer Ariana Kukors has described every detail of her coach’s abusive actions in an essay she has published online. Kukors has directly addressed her painful experience and sexual abuse she had to face for many years. She claimed that her former coach Sean Hutchinson started abusing her since she was a minor.

She described their collaboration as “abusive and incredibly manipulative relationship” that lasted over a decade! According to Ariana Kukors, her coach’s sexual abuse directly overshadowed her performances. Including her performance at the 2012 Olympic Games which took place in London where the athlete took fifth place in the 200m individual medley.

“I think back on those times now, tearfully asking why no one helped me. Why no one stepped in to save me from this monster. It’s still hard to comprehend, but Sean had perfected the art of grooming; I wasn’t even aware I needed saving. I was scared and I lied, I had never felt more alone in all my life,” she wrote.

According to the essay the world champion wrote, apparently, the investigation that the USA Swimming conducted years ago for trying to find a possible link between her and Hutchison, didn’t find anything that suggested that this abuse was happening.

Soon after the USA Swimming ended the investigation believing that all accusations were a lie, that was the time that made Kukors never speak about her own story until now.

Mike Saltzstein, former USA Swimming vice-president is one of the many who have previously questioned the organization’s way of handling the sexual abuse cases and the validly of the investigations that took place about these delicate matters.

Especially since even though Hutchison left coaching soon after the investigation begun, he continued to be a member of the organization. He is also the owner of the King Aquatic member club near Seattle.

“Now with the benefit of hindsight and time, one would have to question whether there was any integrity to the first time they did this investigation,” he stated.