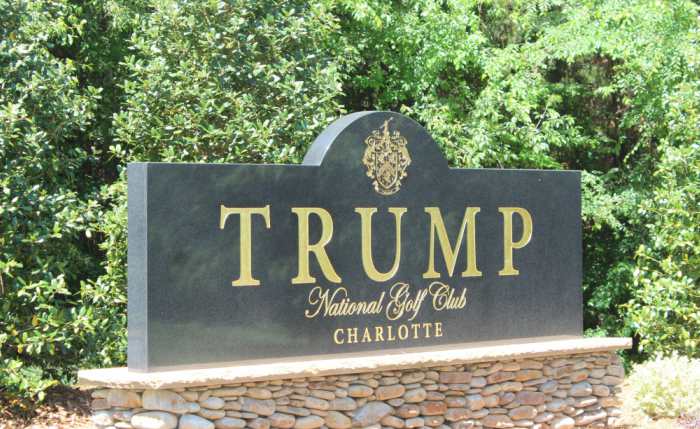 According to some official sources, one of the North Carolina’s most popular triathlon events is now canceled.

The triathlon was initially scheduled to take place at Trump National golf field located in Mooresville, but, once the race director changed the name of the race in order to distance himself as much as possible from the President Trump’s name, the triathlon was soon canceled.

Originally, the triathlon event’s name was “Tri at the Trump”. It would take place on October 8 at Trump National Golf Club.

According to Chuck McAllister, race organizer, he received many complains during the previous months about the name of the event which aims to benefit children who suffer from cancer and several other serious health issues.

This is the reason why McAllister decided to eventually change the name of the event to “Tri for Good”.

“I hope by making this announcement, we can focus on what our core values are and the goals we are trying to achieve with our race,” McAllister said on Facebook on Tuesday. Soon after this announcement, race organizer decided to cancel it.

It seems McAllister didn’t want the triathlon event to become so much politicized. He eventually decided the best way was to skip this year’s event at all. “The best way to avoid a situation is to not create one at all,” McAllister told the Observer during an official interview.

He later admitted the decision to cancel the event was very difficult and not something he enjoyed doing. Especially since the event has begun long before Trump was a president or a candidate to become one.

He now thinks by taking the year off, it will allow tensions to ease. Then, he hopes he can bring the race back in 2018.