Olympic Triathlon races are one of the most challenging ways to prove your triathlete level and skills. If you think you’re good at being a professional triathlete and have already tested your skills through different types of triathlon competitions such as Sprint Triathlon or Ironman, then it’s time for you to upgrade yourself into a real Olympic triathlete.

If you still haven’t figured out what will your next move be and how can you continue developing your skills as a professional triathlete, don’t worry. We’re about to give you some of the most essential data on how an Olympic Triathlon works and what to expect when training for one.

What is an Olympic triathlon?

An Olympic triathlon, just like the name suggests, it’s a triathlon race part of an Olympic program. It has a specific distance which is, of course, longer than any other Triathlon race.

This sport made its first debut on the Olympic race at the 2000 Sydney Games. The Olympic Triathlon race included a 1.5 km swim, a 40 km bike, and a 10 km run. This is considered to be the standard Olympic distance of a Triathlon race.

However, there are plenty of other race variations of this length known as Ultra-Triathlons. They’re similar to an Olympic Triathlon but not necessarily restricted to these exact segment distances. There are many combinations that are being made in order to attract different types of athletes that want to try a Triathlon with similar overall distance as the Olympic one. 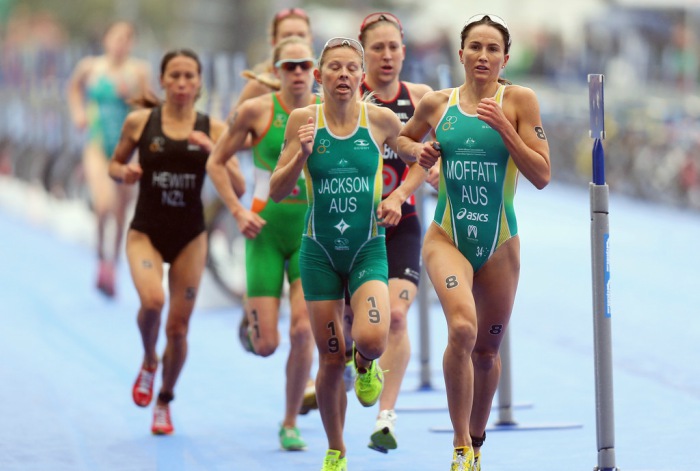 Even though most of Triathlon events are individualy organized and doesn’t necessarily follow all the pre-assigned rules when it comes to the distance of each segment or the given time to complete the race, there is a format that is now accepted and performed into more sophisticated and official events. The format is called Relay Triathlons and soon after it made its debut, it became an instant hit.

This Olympic-inspired Triathlon race is organized via teams of competitors who take turn to compete at a race after their teammate has finished his/her segment.

Initially, the ITU team Triathlon World Championships started to hold this race with two separate classifications for women and men. Then, in 2009, ITU started to adopt the one that’s known as the mixed Relay format where every team has to have two men and two women. Today, the Youth Olympic Games has added a 4x mixed relay at their Triathlon games as well. 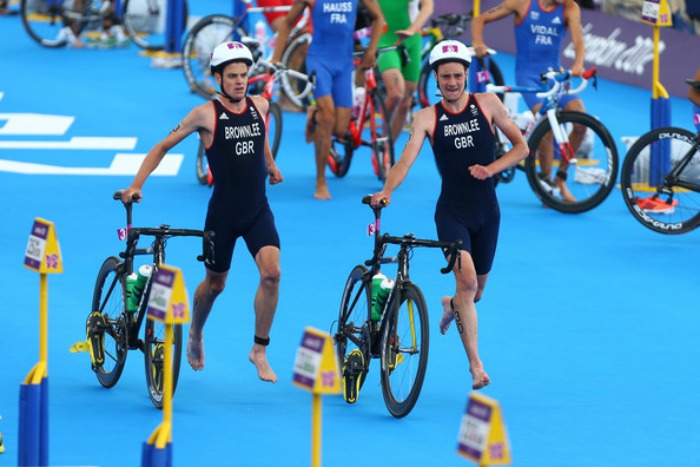 Every Olympic-distance triathlon is a great life accomplishment for any triathlete. The intensity, distance and effort you put when doing an Olympic Triathlon are tremendous. You can be sure the race will test both your body and mind. So, it’s best to have a pre-thought plan on how to manage and handle all the mental and physical tiredness before the situation becomes hopeless.

The best tips to follow when training and preparing yourself for the big day, are as follows:

->  Create a training plan. If you cannot create one, ask for help. Talk to a specialist to help you build the best training program that will prepare you for the big day.

->  Learn some fundamental swimming and cycling techniques and skills in order to have the capability to manage every type of situation when out on the field.

-> Learn some advanced breathing methods and techniques. It is important to save as much energy as possible by keeping yourself in a good shape during the race.

-> Be flexible and have a positive mindset. You should not expect that everything will go as planned. That’s why it is important to prepare yourself by bringing some extra tools and clothes. Finally, don’f forget to bring your Will to help you finish the race no matter what.

-> Never forget to warm up before every training season and most importantly, before the big race.

-> And finally, try to adjust your meal plan according to your specific body needs. It is very important to know what’s good for you and what’s not. After following these tips and knowing everything you need to know about Olympic Triathlon races, you can call yourself ready to start the project!