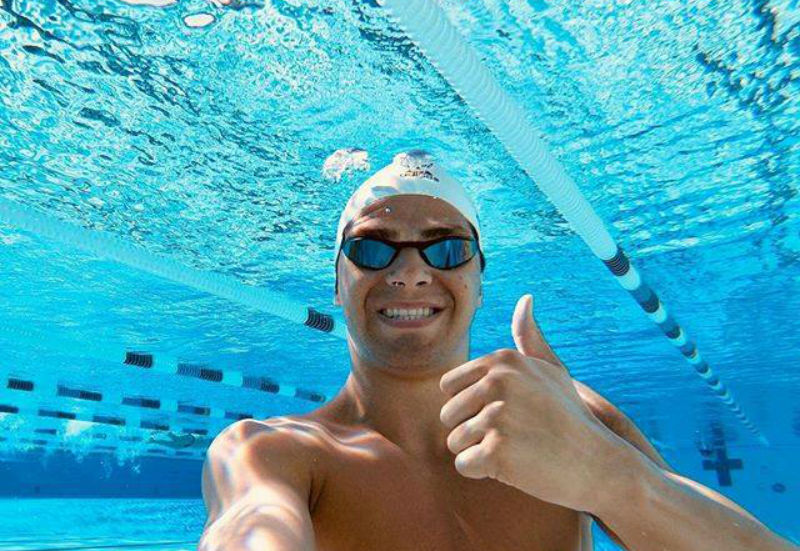 He took home a silver medal for this race. Coming in at number one was Andrii Govorov, a Ukrainian swimmer who set a new fastest World Cup record of 22.82 seconds. He earned a gold medal for his country.

Andrew won yet another silver medal in the 100 meter backstroke which he finished in 54.11 seconds. Australian swimmer Mitchell Larkin won the race with just over a 30-second margin.

Vladimir Morozov finished third with 55.07 seconds. Ryan Murphy, the three-time U.S. Olympic gold medalist, still holds the world record for fastest time at 51.85 seconds. He set the time during a 4×100 meter relay race in Rio de Janeiro in 2016, during the final race of Michael Phelps’ career.

Andrew won the gold medal in 100 meter butterfly on the first day of World Cup Competition in Doha this year. He finished in 51.83 seconds. He also took home a silver medal in 50 meter freestyle, finishing with 21.95 seconds – just over a second behind champion Vladimir Morozov.