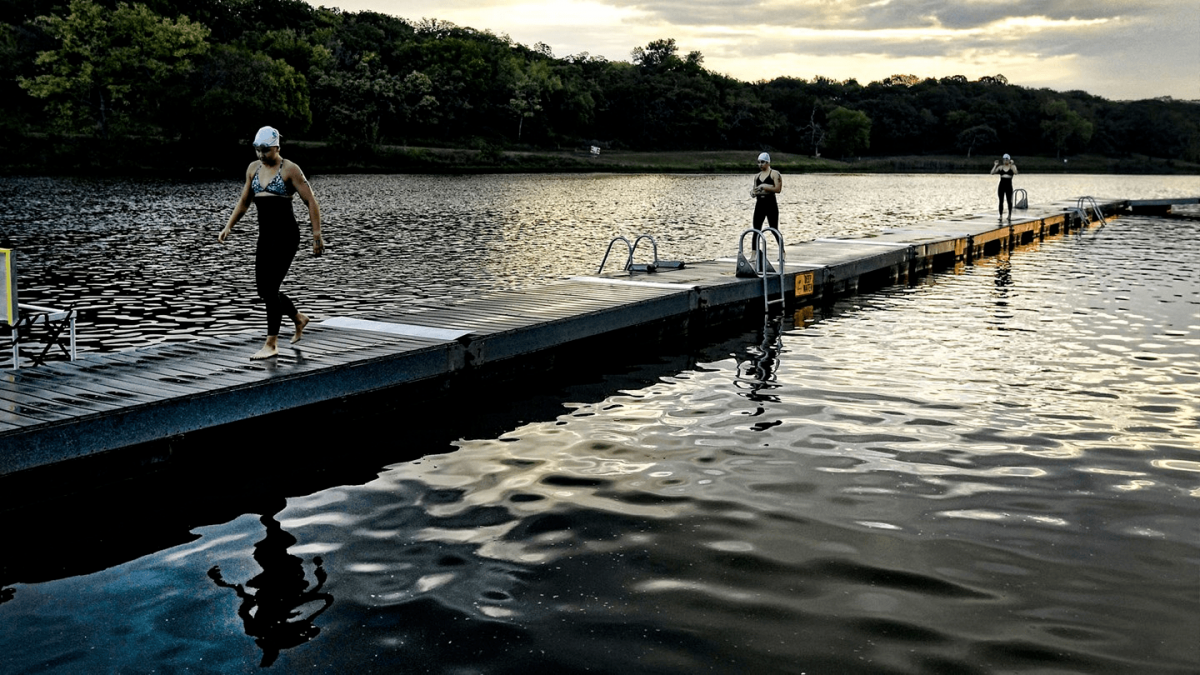 The head coach of Texas A&M men’s swimming and diving team, Jay Holmes, said that he was happy to start off this year’s season with a good placing in the CSCAA. The 5k open water race helps the distance swimmers prepare mentally for the big competitions ahead.

Holmes added that Saturday’s race helped the players can a different training experience than in pool swimming, and there are plenty of opportunities for the team to enhance their performance in the future.

Sophomore Felipe Rizzo was the star of the team who remained in the lead pack for the most part of the 5k swim. He managed to place 10th with a finishing time of 59:56.04, just a few seconds behind Missouri’s Giovanni Gutierrez who claimed the winning title in the race.

Holmes praised Felipe after the race ended and said that he led his team with dedication and fought for the lead the entire hour.

The other four members of the team were just behind the leading pack which can be quite challenging for the swimmers because they can’t see much ahead of them due to all the splashing.

Overall, Holmes called it a tough but an excellent swim. He added that he can’t wait to meet up with the team after the championship and devise a winning strategy for the rest of the season.

Author Edisa CollakuPosted on September 25, 2018Categories News & Stories, SwimmingTags A&M Kicks off Championship, CSCAA, Men’s Texas A&M, swimming events 2018, swimming news, swimming news 2018
Would you like to write with us? got some interesting stories and experiences you would like to share? please email them to [email protected]