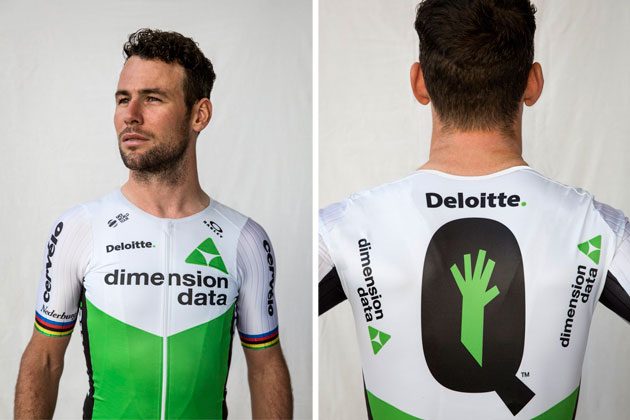 It seems the South African team has stayed with the same theme colors; white, green and black once again. The only difference is that this time, the team has reversed the colors for a little freshness by putting the famous white panel at the shoulder area.

Champion sprinter, Mark Cavendish, was the one selected to model the new jersey. The series of professional photographs were made public by the team on their official Twitter account yesterday. The published version by Cavendish clearly features a low-cut neck and an aerodynamic design.

The new kit’s first presentation will be in the 2018 WorldTour debut at the Tour Down Under that will take place in Australia in January 2018.

Cavendish, along with compatriot Stephen Cummings and Norwegian Edvald Boasson Hagen will once again lead the team while Louis Meintjes returns to the organization from UAE Team Emirates.

Who says you can only have a laugh on April fools? ?? It’s still the classic black bibs for us. ? pic.twitter.com/ut0vaVQYIs

The team has also made some new recruits that include Tom-Jelte Slagter coming from Cannondale-Drapac, Quick-Step Floors’ man Julien Vermote, Scott Davies coming from Team Wiggins and Nicholas Dlamini from the team’s Continental arm.