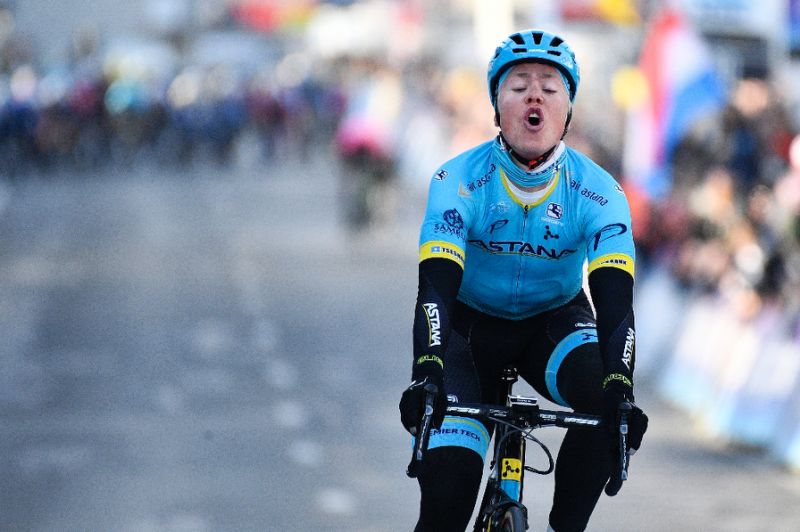 A few minutes behind Valgren was Team Sky’s other rider Lukasz Wisniowski who fought to get second place ahead of EF Education First-Drapac’s Sep Vanmarcke.

Goals worth fighting for

“After the Muur we got away in a big group. We had three guys and we needed to do something because we had some fast riders. We had Oscar there and Lutsenko who is also fast, so it was up to me to attack. I counter attacked Sep Vanmarcke and they were looking at each other for just five seconds and I was away,” Valgren said.

Without a doubt one of the most beautiful victories for @MichaelValgren! #OHN18 pic.twitter.com/QvijdNxoav

Valgren also admitted to feeling super happy about Saturday’s result and that he would like to see himself race with the big ones in the Tour of Flanders.

“It’s the only the second time that I’ve done these races. Last year was the first time and I was 11th in the Tour of Flanders. You also need to be lucky about the crashes and these races are stressful and full-gas. But they are a lot of fun,” he added.