Jonny Brownlee after Yokohama bike crash, has no more room for errors 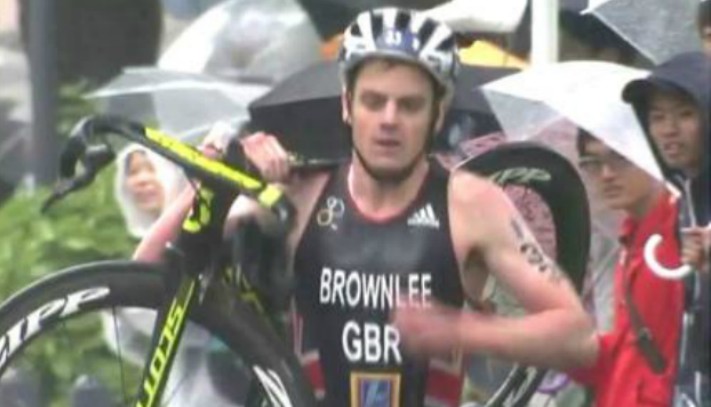 The British cyclist has admitted in an interview that he cannot make any other mistake in the future 2017 races. Especially if he really wants to continue chasing the 2017 world triathlon title. Despite the crash he was involved in Yokohama, Japan when he was forced to carry his bike for a mile… Eventually the crash placed him 42th.

The bike is not supposed to look like that. Taken down by another athlete. Not had a lot of luck this year. Really disappointed pic.twitter.com/JjMD3NigKu

Since Brownlee was being carried over the line in Mexico, 2016, by his brother, Alistair, the Yokohama triathlon event was his first performance of the season. Despite the fact it didn’t go as he planned, Brownlee is convinced that a well-balanced performance in the upcoming races will lead him to the victory.

“It means that Leeds is very, very important,” the 2012 world champion said of his home race on 11 June.

In an interview, a couple of days ago, Jonny Brownlee told the BBC: “It puts me on the back foot as there have been three races so far and I’ve not got anything from any of them. I missed the first two with injury.  And then crashed at Yokohama so it means I have no room for error. Every race I do, I’ve got to get points, top three really, to have a chance of becoming world champion.”

Even though Brownlee had high hopes for the Yokohama race, which was won by Mario Mola from Spain, his luck was not on his side. The Olympic silver medalist of Rio 2016 race, and also the bronze medalist in London’s race in 2012, crashed when trying to avoid another rider who had fallen right in front of him during heavy-rain conditions in japan around 5 days ago.

He also admitted to feel very lucky that he didn’t break any bones. Even though he feels extremely disappointed, he hopes to change things in Leeds on 11 June.

Author Edisa CollakuPosted on May 16, 2017May 16, 2017Categories Cycling, News & StoriesTags Alistair Brownlee, cycling news, Jonathan Brownlee, Jonny Brownlee, latest cycling news, latest triathlon news, triathlon 2017, Yokohama crash. Yokohama race 2017
Would you like to write with us? got some interesting stories and experiences you would like to share? please email them to [email protected]