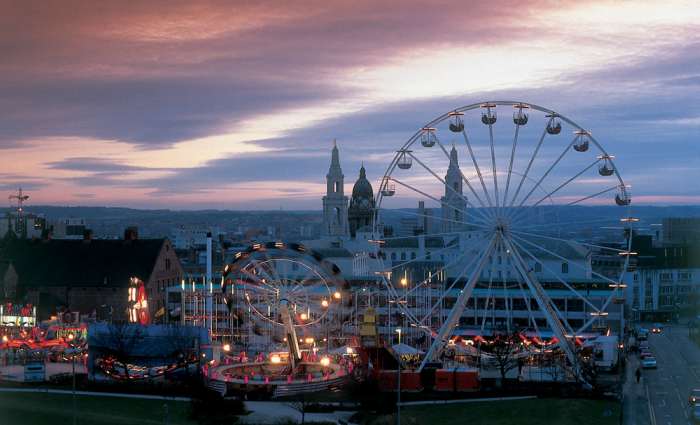 June 2017: The International Triathlon Union has already confirmed the news. The ITU World Triathlon Series will once again return to Leeds for the third successive time. The event will take place on 9 and 10 June next year.

Leeds has now joined the list of the confirmed cities planned to host ITU World Triathlon Series such as Abu Dhabi, Bermuda, Yokohama and also the location where the Grand final will be held; the Gold Coast, AU.

The leader of Leeds City Council, Judith Blake, during an official interview, added to be extremely proud and happy that Leeds with once again have the big opportunity to host its third ITU World Triathlon Series event next year.

“The atmosphere generated by the large crowds in attendance at the 2017 Columbia Threadneedle World Triathlon Leeds events was simply unbelievable. Some of the best that the sport has ever seen. Next year’s occasion promises to be just as spectacular. We look forward to welcoming once again both athletes and spectators to the city. They can be guaranteed another huge Yorkshire welcomes.”- added Judith Blake.

During the last month’s triathlon event, there were more than 70,000 fans and spectators cheering on some of the world’s best triathletes such us the hometown heroes Jonny and Alistar Brownlee.

Along with the elite triathletes, were also around 3,000 amateur triathlete lovers who proved themselves in the mass participation races for beginners during these the last couple of weeks.

Good news is, all entries for the mass participation races will be open very soon.

“The Leeds leg of the ITU World Triathlon Series has been the standout race in the Series for the past two seasons. And to be able to look forward to a third year in a row and go for a hat-trick of wins is really exciting. It’s very special to be able to race in my home city. Also, to win in front of so many fans, is incredible.”

For information regarding the New York Triathlon please click here