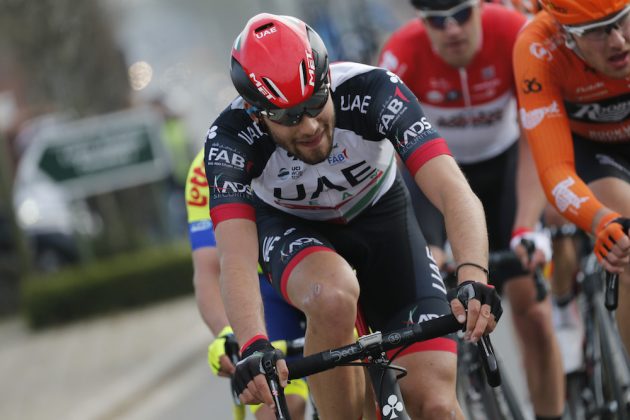 After riding two seasons for UAE Team Emirates, the 22-year old Filippo Ganna has joined Team Sky the 2019 British World Tour. The Italian cyclist won the Paris-Roubaix under 23 once in 2016 and the Individual Pursuit world title two times, one in 2016 and the latest in 2018

He is currently competing in Paris in the track world Cup and is representing Italy. He most recently participated in the Italian national time trial championships coming in at second place with Gianni Moscon winning the event.

Ganna came up as the second confirmed signing for Team Sky’s 2019 line up after the revelation of Jhonatan Narvaez signing announced last Thursday.

The 22-year old Italian said in an interview that signing with Team Sky was a dream come true. He also said that he has always been impressed by the team’s big wins.

Hoping to improve and develop his craft more with Team Sky he told us that he couldn’t wait to meet his new team mates at the training camp. He also told us that he was very impressed by the way the team approached time trails and it is the area he is looking to develop his skill in.

Author Edisa CollakuPosted on October 22, 2018Categories Cycling, News & StoriesTags cycling news, filippo ganna news 2018, Filippo Ganna team sky 2019, team sky 2019 team, Team sky news, team sky riders 2019
Would you like to write with us? got some interesting stories and experiences you would like to share? please email them to [email protected]