Henderson and Palmquist ranked the USA Triathlon Coaches of the Year 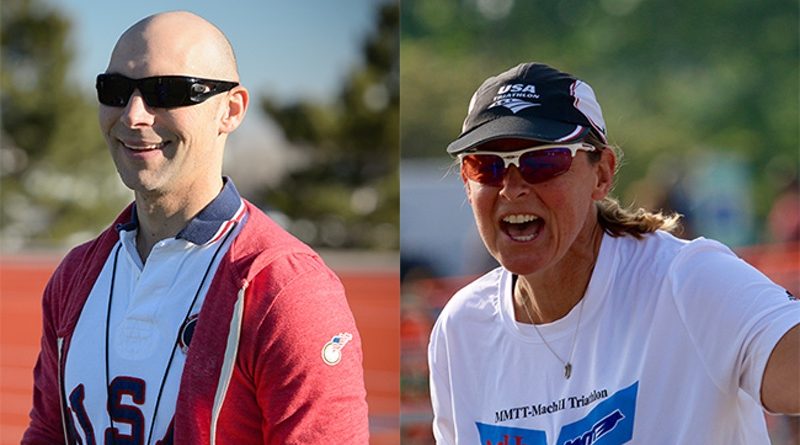 Earlier today USA Triathlon named two of the best and most successful coaches of 2017. The two honored triathlon coaches are Neal Henderson and Christine Palmquist.

Soon after this first major success, Knibb went on to defend the hard-earned title at the ITU Junior World Championships. The important event took place in Rotterdam, the Netherlands, in September 2017.

Among many other successful coaching results, Henderson is also known for his work with Lindsey Jerdonek. He coached her to a silver medal when at the Yucatán ITU Triathlon World Cup.

“As a coach who volunteered with the first USA Triathlon National Team in 1996 and who attended the first public USA Triathlon Level I Coaching Certification Clinic in 1998, I’m extremely thankful to be recognized by USA Triathlon for this honor,” Henderson stated soon after winning the 2017 Coach of the Year title.

On the other hand, Palmquist took the Paratriathlon Coach of the Year title. Mostly because of her major achievements leading U.S. paratriathletes to success at the highest level of the sport.

Last year, Palmquist coached National Team athletes when at the USA Paratriathlon National Championships which took place in Pleasant Prairie, Wisconsin, and also at the Rotterdam ITU Paratriathlon World Championships. U.S.. Triathletes ended up winning seven medals in Rotterdam. Including the gold one that went for Grace Norman when at the women’s PTS5 class.

“What a tremendous honor. I am grateful for each athlete, coach and mentor who has contributed to my professional journey. To get to do what I love most is amazing,” Palmquist said.