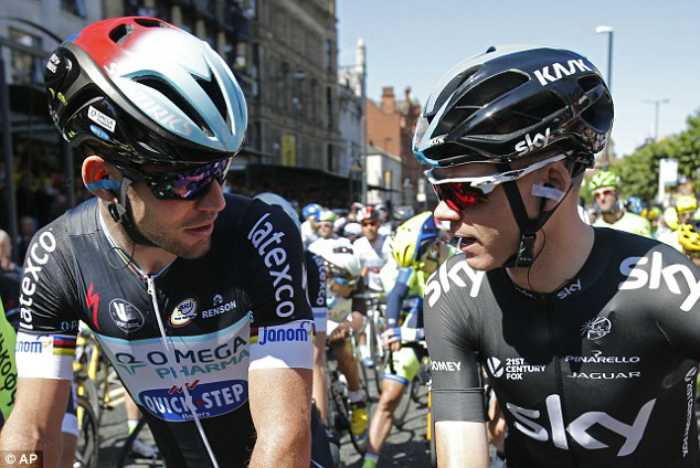 Chris Froome is officially included on the longlist of Great Biratin’s squad for the UCI Road World championships taking place in the end of this month.

This year’s Worlds are planned to take place in Bergen, Norway. It will start on September 17 until September 24.

? Get ready for @bergen2017 ? in 2 weeks ??
A guide to enjoying both the races and the city https://t.co/XMqqjmAohd#Bergen2017 pic.twitter.com/spFpnemaxc

The news about including Froome on the longlist comes only a few days after British champion gave us a hint about competing at the Worlds, first time since 2014, and in the time trial event since 2009.

This year, Team Sky champion has had an amazing season winning the Tour de France in July and is now leading the Vuelta a España trying to become the third rider to have ever won the Tour and Vuelta at the same year.

“If I come out of the Vuelta in good shape, and I’m hoping I’m not going to be on fumes in the last week, then I’d look forward to being part of the TTT over in Norway and potentially also the time trial,” Froome said. “I don’t think the road race suits me at all, the conditions and the course, and I’d rather give that opportunity to somebody else to go for it there.”