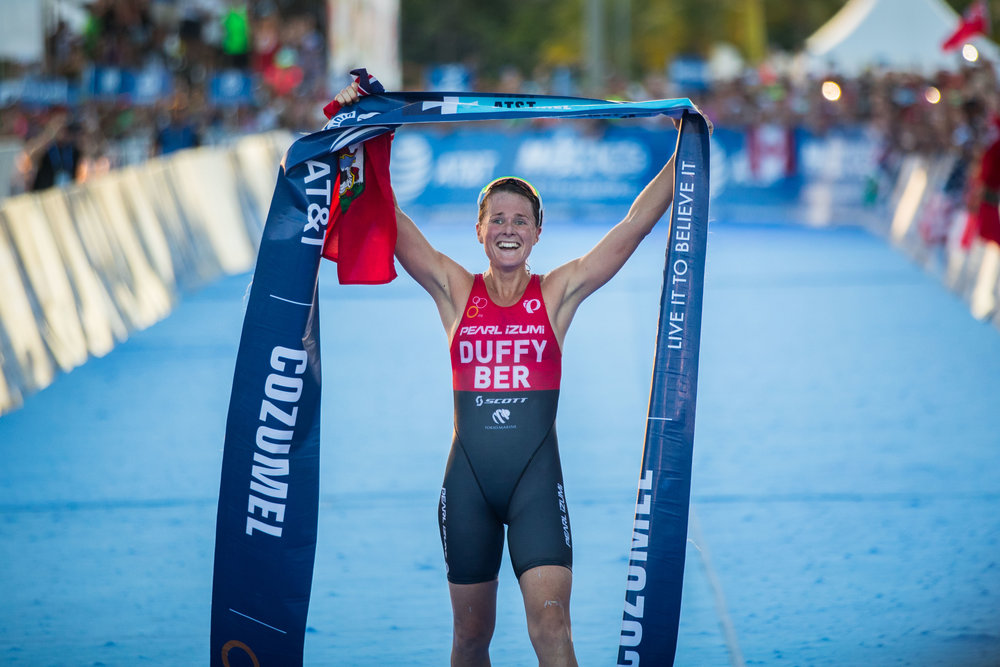 Bermuda’s girl Flora Duffy has just sealed another victory and made her fans super happy after winning gold in the women’s ITU World Triathlon Series event in Hamilton.

Duffy was able to start strong and keep an advantage throughout all the race and finally finishing 96 seconds ahead of the second place in 2 hours, 1 minute, and 39 seconds.

Bermudian crowds making some noise for the leader! #WTSBermuda pic.twitter.com/8kMqij6RyY

The Commonwealth Games winner is now the first woman in the world to be able to win an event after being dominant in all three disciplines of the day that include cycling, swimming and running.

“I don’t think this moment is going to sink in for a while. But what I will say when it does is that this will probably be one of the highlights of my career,” Duffy, 30, said.

“I mean this is incredible, the streets were lined, and it was just a phenomenal atmosphere, it was incredible.

“It was hard for me to control my emotions throughout that whole 10 kilometers [run], but with like 9.5km to go I just thought I need to smile and celebrate and soak this in.”

Silver wen to Great Britain’s Vicky Holland which was her first World Triathlon Series podium finish in two seasons. Both first and second place received a time of 2:03:25.

“We were waiting five minutes to find out who it was to see who came second. I think all credit to Katie – she pulled me around a lot on the run,” Holland said