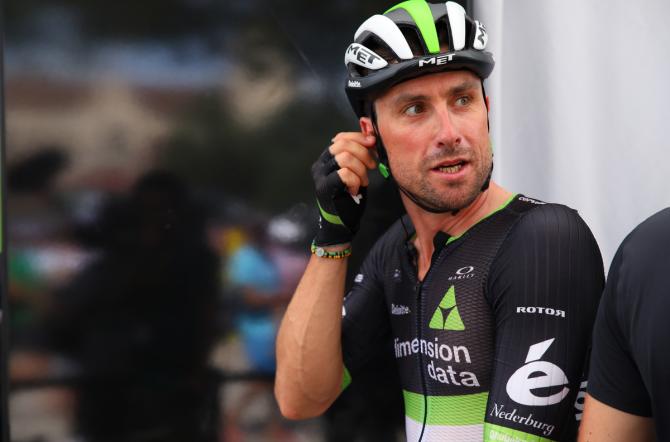 According to his current squad, Team Dimension Data, Bernhard Eisel’s injury was a direct consequence of his horrifying crash at fifth stage of this year’s Tirreno-Adriatico which took place last month.

Initially, the first obvious injury Bernhard Eisel, 37, suffered from, was a fractured wrist.

However, it was a routine MRI Australian rider did a couple of days ago, after experiencing symptoms of pain, which revealed the bleeding between his brain and skull.

Yesterday, it was Team Dimension Data who first made public the “successful” result of the surgery which was performed at a clinic in Klagenfurt, Austria.

Eisel undergoes successful surgical decompression of a chronic subdural haematoma on the brain.

According to his squad, Eisel will most probably be able to get back to a turbo trainer in a couple of weeks and will hit the road in less than a month.

However, Eisel admits that this traumatic injury made him consider his future.

“I still enjoy riding my bike but this was a massive thing that happened to my body,” he said.

“If you have an operation on your brain it certainly makes you think twice about things. But at the moment I will just follow the recommendations of our team doctors.”