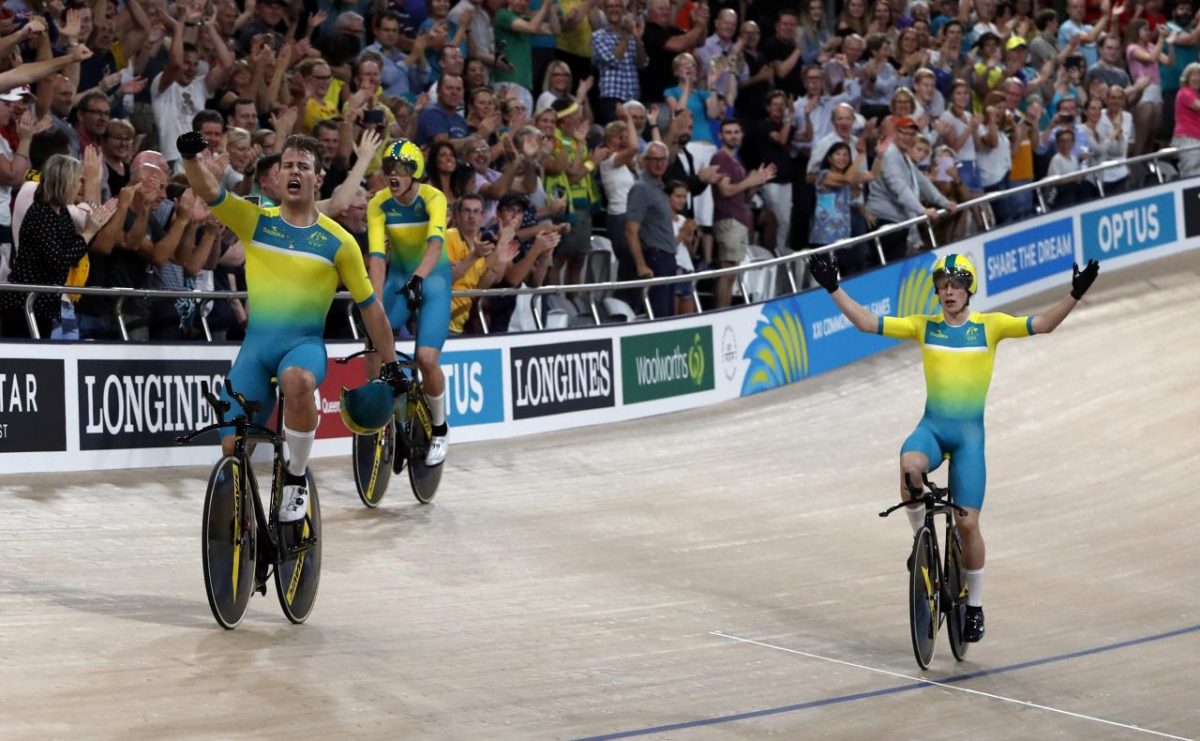 This has been the first time since 2004 for the Australian men squad to break a world record. The team pursuit, including Leigh Howard, Alex Porter, Kelland O’Brien and Sam Welsford was able to ride a 3:49:804 in the famous gold medal ride at the Anna Meares Velodrome and finally beat the previous world record which was set by Great Britain in 2016’s Olympic Games.

This is the first ride that was finished in less than 3:50 minutes, quicker than the qualifying time (3:52.041 minutes) that Jordan Kerby featured.

“It is a special moment. It was a big decision for me to give up the road and come back to the track, but I had a fair bit of self-belief and saw it was such a special group of guys and I wanted to be part of it,” Howard, a 2009 silver medalist in the team pursuit at the Worlds, said.

“Welsford is an absolute machine, just to follow his wheel is a tough ask. There’s definitely been some big changes since he’s come on board and we’ve gone faster, it’s as simple as that. 3:50, it’s just evolution and we’re not sure what the next mark is but we’ll just keep striving. That’s the big question but we’ve got to find that way.”

Since 1994, home nation has been able to keep the number of team pursuit gold medal losses at only one when the quartet of Matthew Goss, Ashley Hutchinson, Mark Jamieson and Stephen Wooldridge were able to win silver in Melbourne.

“I’m over the moon with excitement. We’re in our home country. That is what dreams are made of. This is what we strive for every day,” Welsford said. “This is a dream come true. We’ve had our eye on the medal for such a long time, and to go under 3.50 – for that to happen is unreal.”