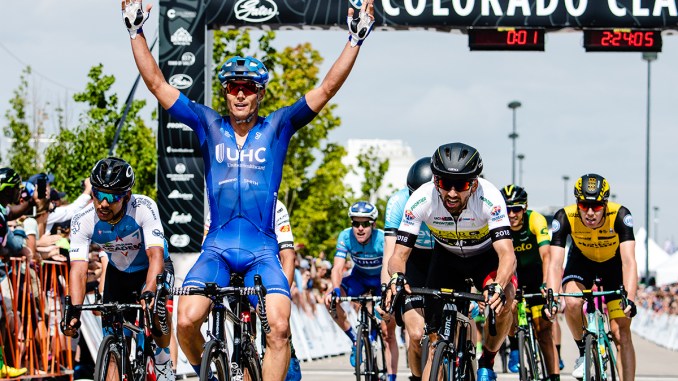 Travis McCabe from UnitedHealthcare was the guy that impressed everyone by sprinting to victory with a perfect-timed cycling at the fourth, final stage of this season’s Colorado Classic event.

He was able to beat Rally Cycling’s Ty Magner who took second while his teammates Gavin Mannion and Serghei Tvetcov crossed the finish line to seal first and second place overall.

On the other hand, the LottoNL-Jumbo team of Saturday’s winner, Pascal Eenkhoorn, was seen trying really hard to overtake the trains of UHC and Rally.

However, he wasn’t able to do so and going into the final and most important turn, McCabe and Magner were already leading the pack.

The break is holding steady at 35”. Follow on our live feeds via the @TourTracker app! #CoClassic18 pic.twitter.com/gl72As8tW8