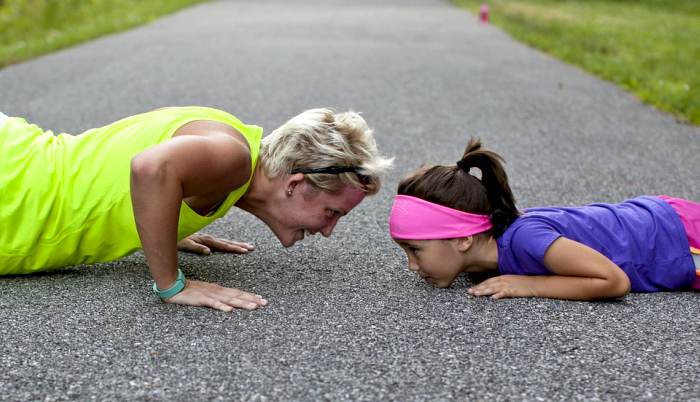 Court Appointed Special Advocates (CASA) of Denton County will, as every year, host the 2017 Tri-It triathlon competition on June 11. The event will be held in Lone Star Toyota of Lewisville Railroad Park, 1301 S. Railroad Street and it aims to raise enough funds for the children in need.

This annual triathlon event is able to help more than 90 percent of the children in need hoping one day CASA members can work on a full capacity. The registration fee for the sprint and the sprint paratriathlon is $89 and $99 respectively.

On the other hand, sprint relay registration fee is $109 or $119 if you make the registration after 31st of May.

Being one of the three largest fundraiser events CASA organizes each year, the Tri-It 2017 aims to raise more than $25,000. More than the previous year when they were able to raise $23,000.

“This is a good race for newbies, but we also have experienced athletes who compete,” Brooke Moore, development director said, “The race also draws competitors of all ages.”

Originally, this event was first created by the greater Lewisville Kiwanis Club in order to benefit CASA of Denton County. This year, being the sixth time this event is organized, we can officially say it has become a CASA tradition. It is an official U.S triathlon race that PlayTri manages.

This race includes a 500-meter swim, then, an 11-mile bike and finally, a 5K run. You can complete it individually or as part of a team. This year, it is expected to compete around 300 athletes belonging in different categories and ages.

Unfortunately, one of the main gaps this event continues to have is the lack of volunteers. They are the ones to help event organizers with different tasks and duties. Moore also admitted the main necessity for the moment are volunteers. They make sure competitors have the necessary things before starting the race such as water etc.

That is why, event organizers will open an online sign up form. It will be available for the volunteers to register themselves starting from next week.

CASA continues its mission to raise enough funds throughout the year. It helps with different costs especially related to training, staff and supplies needs.

Its volunteers are especially appointed by the court to serve as professional advocates for abused and neglected children who are removed from their homes by Child Protective Services (CPS).

These volunteers hired by CASA, investigate and closely monitor the children’s situation, and conditions while in alternative or foster care. Then, after a period of 12 to 18 months when their specific mission comes to an end, they make a detailed recommendation to the presiding judge as to what the ideal, permanent placement would be in the best interest of a specific child.

“We speak for the children in court, follow up with their teachers, make sure their parents are doing the required services and many other tasks,” said Moore. “Each year our advocates complete 12 hours of continuing education.”

Their ultimate goal, according to Moore, is to surpass their current 94 percent helped children and hit 100 percent.  Usually, CASA spends around $1,500 a year for one’s child services.

Author Edisa CollakuPosted on May 21, 2017May 21, 2017Categories News & Stories, TriathlonTags CASA triathlon event, fundraising triathlon, latest triathlon news, tri-it, Triathlon news
Would you like to write with us? got some interesting stories and experiences you would like to share? please email them to [email protected]