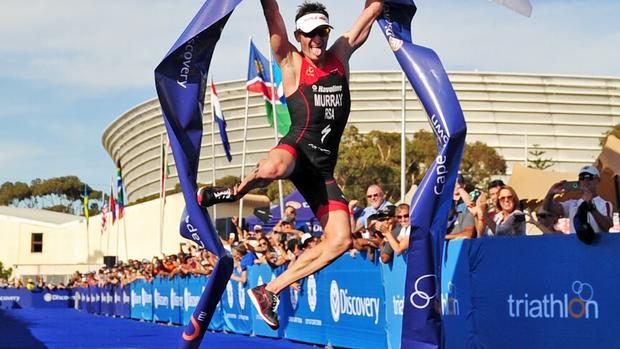 Richard Murray has just taken his first victory of 2018 at the Cape Town World Cup beating his main rivals with an impressive race. He is now defending his title at his home country and we couldn’t be more happy for him after all the hard work he put into this major triathlon event which has become a dream for many athletes in the sport.

Soon after finishing the swim leg and removing his bungled swimsuit which cost him many precious seconds, Murray emerged in the middle of the first 16-man pack which was at that time led by Schoeman, Jonas Schomburg ,Christophe de Keyser, and Marco Van der Stel among others.

Another imperious performance from Richard Murray gets his 2018 off to a winning start at #CapeTownWC ! pic.twitter.com/w9l4bA1nxf