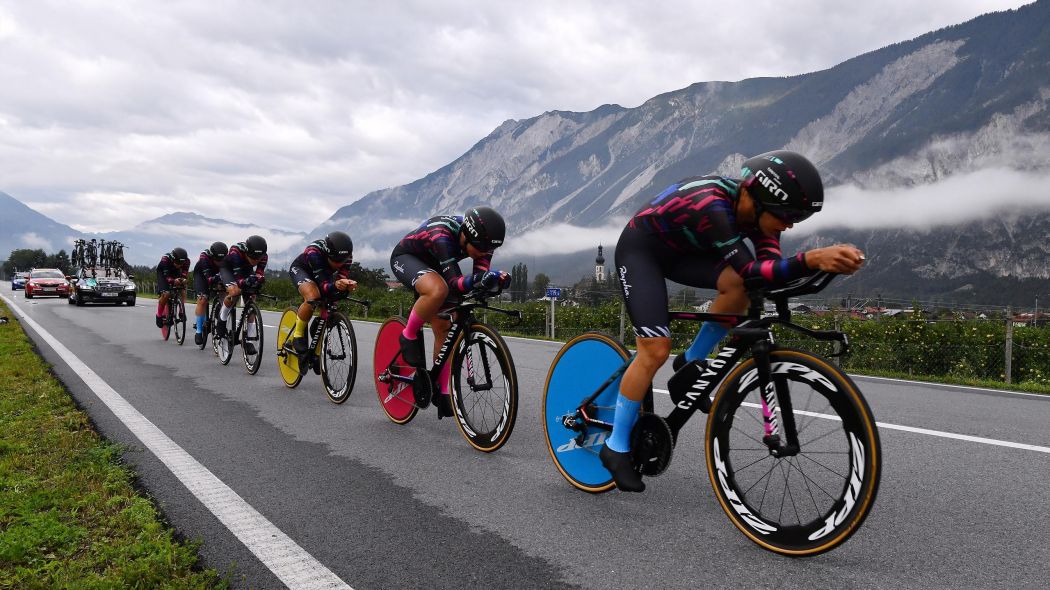 Day one of UCI World Championships ended with an unexpected outcome. The women’s team for Canyon-SRAM sprung a surprise on Sunweb, the reigning champions, and seized the winning title in the team time trial in Innsbruck.

The former champions Sunweb set off last in the race, 28.67 seconds behind the rest of the pack but managed to finish third.

After her team’s victory, Hannah Barnes spoke to the press, saying that she is happy that all of her hard work has finally paid off. The British cyclist added that her team had put all their time and effort into preparing for the competition, and she’s excited to see their progress on the course.

The Innsbruck course was mainly downhill, which took the winning team from Otztal’s Area 47 to Alpine town. Worrack said that the victory was pleasant surprise for them especially since the team hadn’t managed to win a single TTT this year.

The victory was even more special for Canyon-SRAM since it is the last trade team winner of the TTT. The time trial teams will be replaced with national teams in the future.