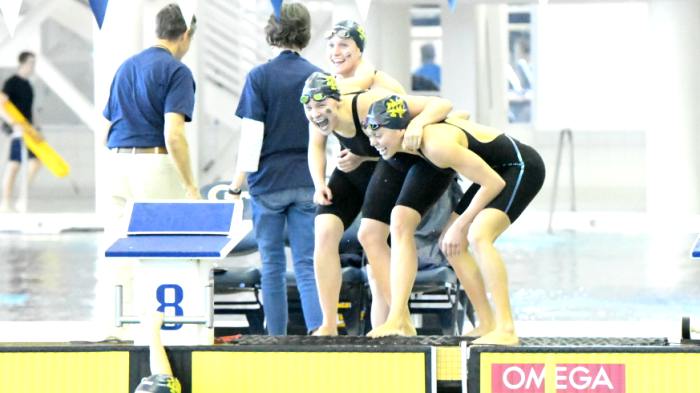 The colonial Athletic Association for men and women Swimming and Diving Championships, 2017, has just begun yesterday. These championships take place in February 22 until February 25 at the Christiansburg Aquatic Center.

Last year, both, William and Mary men’s and women’s team were the ones to win the meet. This year, is expected that Tribe men to become champions for the third time while, on the other hand, women will once again look to win their second in a raw team title.

Catch up on all you missed from Day 1 of the Swimming & Diving #CAAChamps.

Here are the swimmers you must watch on this year’s CAA championships:

Rachel Bernhardt is one of the two CAA advanced student-athletes that seemed to go far last season. Rachel, the Drexel senior is expected to perform another fast meet being the CAA swimmer of the Year. She became the first Dragon woman to won a conference event.

Joseph Eiden is another swimmer you shouldn’t’ miss this year. He is the William and Mary seniors being the defining CAA champion in the 200 free categories. Even though this year he is the second seed, he will still be aiming to win his title back. Joseph owns the top seed times in both, the 100 and 50 frees.

Another key component in Jack Saunderson, last year’s CAA Rooki Swimmer of the year. This year, he returns as the top seed in both butterfly categories (events). He is the most favorite to repeat as champion in the 200 fly.

Alexa Kutch couldn’t be out of our favorite’s to watch this year in CAA championships. She is the Drexel’s rock and is expected to make an impact at her first college championships being the top seed in both backstroke categories. The freshman is definitely the crucial part of Drexel’s.

The first night of Swimming and Diving #CAAChamps was a splash!

Here are the highlights pic.twitter.com/O6rcaK5wKX