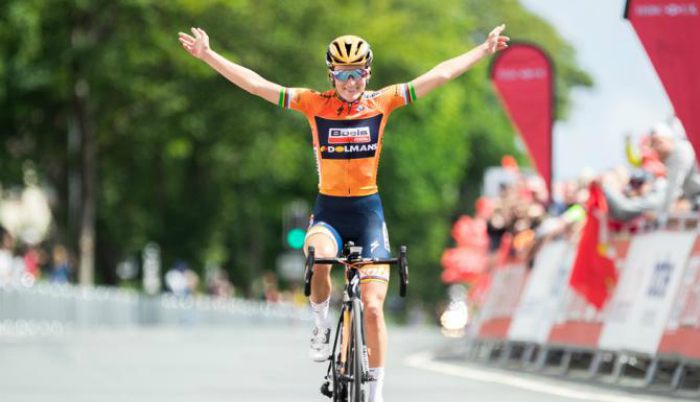 Steve Cummings is the first rider in the last decade to win both, the time trial and British national Road race titles at the same time.

Cummings, 36, made his team, Dimension Data, very proud winning both titles with a solo, precise attack. Today’s 10 km race held on the Isle of Man saw the second rider in the last decade, to win both races since David Millar’s double victory back in 2017.

Chris Lawless took the second place and Ian Bobby took the third one. Team Sky’s Peter Kennaugh, racing with his fellow Manxman Cavendish at home, was able to finish in the fourth place.

While on the women’s race, the big title went to ex-world champion, Lizzie Deignan. Today’s victory was Deignan’s fourth title on the National Road Championship.

The second place went to Katie Arhibald, and the third one went to the defending champion, Hannah Barnes.

Deignan, 28, during an interview minutes after crossing the finish line, added this championship to be the hardest she has ever won during her carrier. “I’m very proud of the fact that we have so many women now who are capable of competing internationally as well as domestically.”- she added.