Breaking: Van Aert ready to ride for Aqua Blue Sport, then THIS happens… 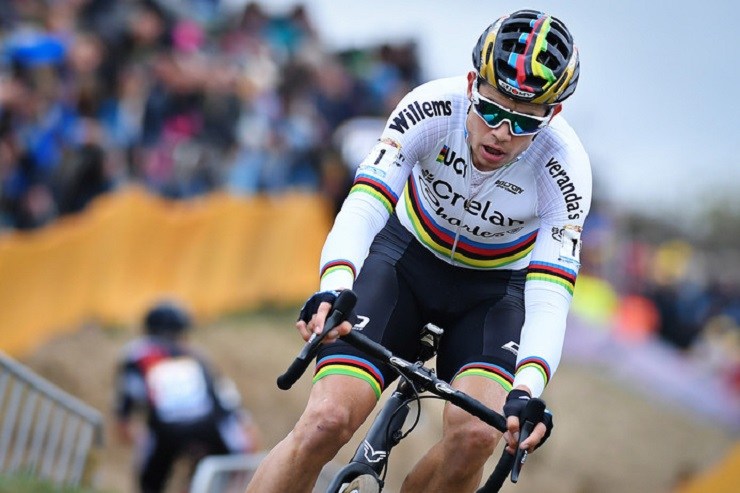 Aqua Blue Sport has announced yesterday that they decided to acquire Sniper Cycling, aka the company that sits behind the Verandas Willems-Crelan team of world champion Wout Van Aert.

According to the official press released, Van Aert will continue to stay with the new and fresh structure through 2019’s season.

“Aqua Blue Sport, the company behind the www.aquabluesport.com e-commerce platform and the Irish-registered Pro Continental squad of the same name, have confirmed the purchase of Sniper Cycling team and all of its assets in a move designed to broaden the reach of its online cycling marketplace,” the squad said.

The press release was published yesterday before lunchtime. However, only a couple of hours later, the major announcement was completely removed from the Aqua Blue Sport site and also from the respective social media channels.

Then, a few extra hours later, a denial of this deal was published on Sniper Cycling’s social media accounts stating:

“We dissociate ourselves expressly from all communication that has been published today regarding the supposed acquisition of our team by Aqua Blue Sport. We can confirm that Sniper Cycling and Aqua Blue Sport are currently holding talks to look into possible collaboration from 2019 onwards. Out of respect to all parties involved, we will currently refrain from further comments.”

The Strade Bianche’s third-place winner and ninth in his Tour of Flanders debut continues to be under contract with Verandas Willems-Crelan. However, he declined to extend it being next season, especially since the Belgian team’s future looked quite uncertain.

On the other hand, he was approached by several high-authority, WorldTour teams. One of them included LottoNL-Jumbo, Lotto Soudal and Team Sky.

Close sources claim that Van Aert has agreed to a three-year deal with the LottoNL-Jumbo starting 2020.