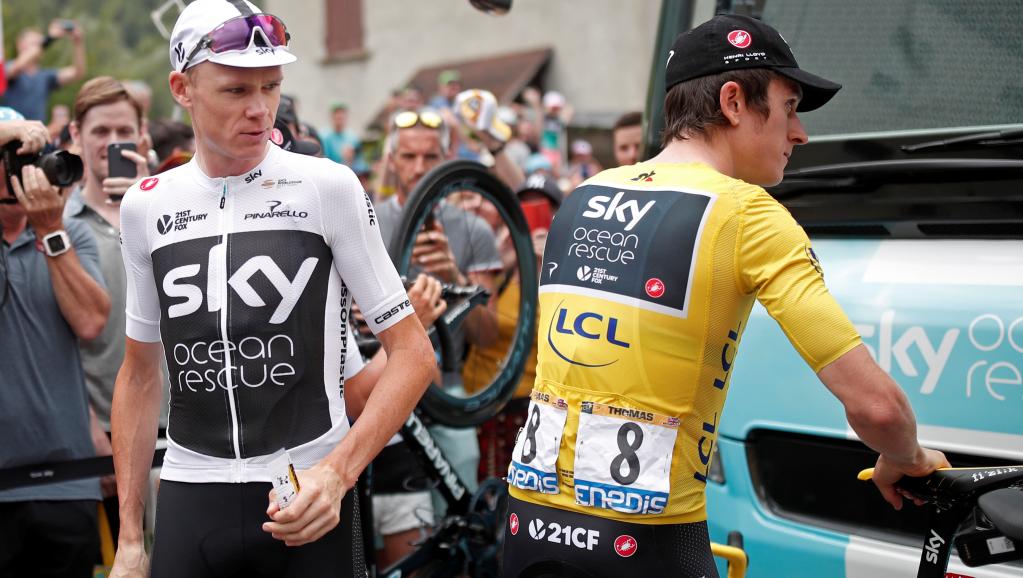 Team Sky CEO sir Dave Brailsford has finally blasted Tour de France organizers’ treatment of Team Sky and seems quite angry at the way things have gone so far for his main riders, including four-time Tour de France champion Chris Froome who was earlier this month cleared of any wrongdoing after a long “doping” investigation.

Team Sky’s chief said that Tour de France organizers have clearly failed to stop the abuse his staff and his riders have received since the begging of this season’s event.

Many spectators have spitted, slapped and offended team Sky riders while riding, especially Froome who despite the unfair treatment, has been able to slowly climb the positions on the overall right behind his teammate Geraint Thomas who has been wearing the yellow jersey for several stages now.

According to Brailsford, there are also many of Team Sky’s staff members who have faced abuse during their presence on the main area of each stage.

“A lot of people are building up this rivalry between us, that we’re fighting within the team – but it just doesn’t exist!”

Hear from @chrisfroome ahead of the final week of @LeTour as he laughs off any talk of a rivalry with @GeraintThomas86 .

Currently speaking, the riders are headed to the final days of the Tour after taking yesterday off and Team Sky’s Geraint Thomas and Chris Froome are in first and second place respectively in the overall classification.

Today starts the first of the three consecutive mountain stages.

However, Team Sky’s chief has claimed that he feel hopeless and does not expect this treatment to stop anytime soon claiming that the Tour organizers are the ones to be blamed for this situation for not taking proper measures damaging the Tour’s reputation.

“The Tour de France is promoted as the world’s greatest annual sporting event. If that’s the case, then maybe treat it with a bit more respect,” Brailsford said.

“If you don’t want international teams to come, you can have a Tour de France for French teams. That’s the way I see it really. We’re trying to remain dignified, we’re trying to not get distracted by it,” he added.

“I don’t think spitting and throwing things really has a base in professional sport, nor in everyday life.”

When asked about last month’s Giro d’Italia tour where Froome grabbed the crown, Brailsford added: “Chris’ case was open when we raced in Italy. And they were fantastic, the Italians fans.

“It seems to be the thing that’s done here. It just seems to be a French thing. A French cultural thing really. I’m not sure they would like to have seen their (France) football players being spat at (the World Cup) in Russia.

“I’m sure there would have been a word or two about that. But it’s OK to spit at us and our staff? It’s very, very intimidating. It’s a shame, but we’re not going to let it distract us.”