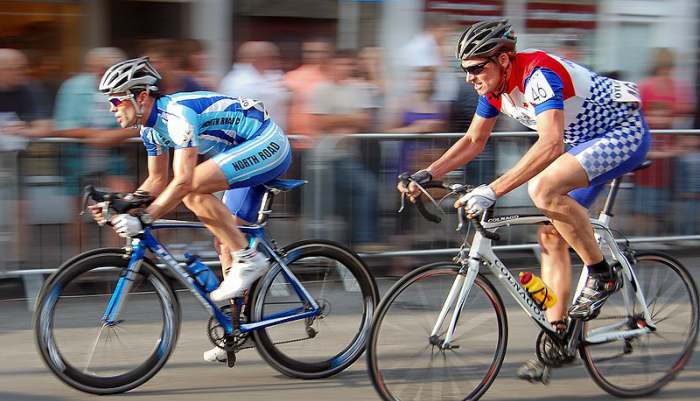 Chicago , 28 of August 2017 – According to Chicago Police, a motorist who by mistakenly ignored the traffic cones put on lakeshore Drive, Chicago, struck two triathletes while they were riding. The cyclists were participating in the Chicago Triathlon event held on Sunday morning.
According to the official, police statement, it was a 20–years old women’s vehicle the one to cause the terrible accident. All happened around 7:30 in the morning, a little after the event had started.
The woman had driven around the cones that were put on the North side of the city. These cones intended to separate the lanes that the participants in Chicago Triathlon would use from the automobile’s route.
The two injured triathletes, a 38-year old man and a 28-year woman were brutally crashed on the road. After the vehicle knocked the two cyclists, help immediately arrived at the scene.
According to the associated Press release from the Police Department, the 28-year old woman suffered serious head, shoulder and neck injuries. The 38-year old man suffered shoulder and head injuries as well.

According to Chicago Triathlon organizers, this was a terrible and unreal thing to happen. It left everyone attending the Triathlon completely shocked.
“As many of you know, we sadly report and confirm an incident involving a vehicle and two bikers earlier this morning. Both staff and first responders were on the scene within a matter of minutes. We are continuing to work closely with local authorities.”- the statement said
“Our thoughts and prayers are with the athletes and their families. We’d also like to thank the numerous participants who pulled up their races in order to aid the athletes in need.”

For more on the latest triathlon news click here