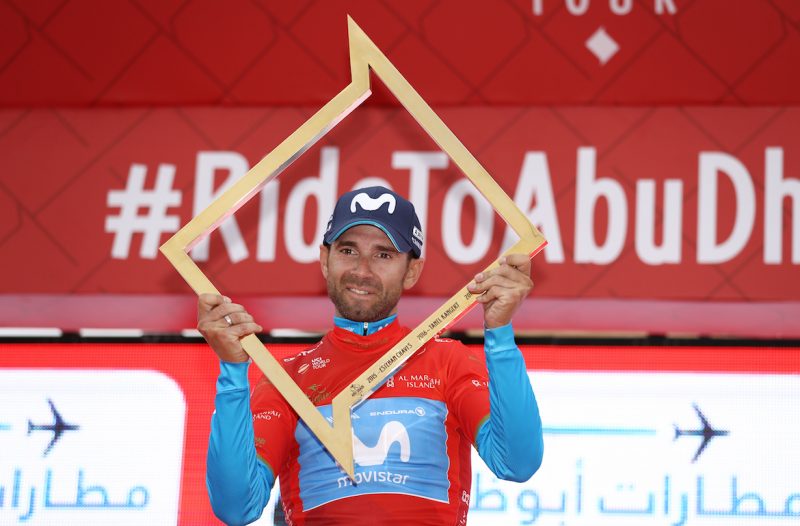 Movistar’s Valverde won the final stage eight after taking the overall victory of Abu Dhabi Tour. He edged out Astana’s Lopez after the duo had left the other rivals behind during the last three kilometers.

“I arrived on Friday, I climbed Jebel Hafeet once on Saturday, twice on Monday and Tuesday. I did it to get accustomed to the climate and the time difference,” Valverde said.

Here’s 👇 how the GC looks at the end of #RideToAbuDhabi with @RohanDennis finishing ninth overall after battling all the way to line on Jabel Hafeet. #Ride_BMC pic.twitter.com/90EpkuzUN5

BMC’s man admitted to feeling extremely happy to win a World Tour event but he also was aware that there was plenty more races to win and triumphs to achieve this season.

“It’s been a complicated day today with the wind and a bit of rain. Today’s stage was to my advantage, and we wanted to make the best of it.”

“As a team, we have started the season on the right foot. Our motivation is great. This victory is special. It’s outside Europe in a very nice race, Valverde, 37, added.

Both the Spaniard and his Colombian rival were able to clock 4 hours and 38 minutes.