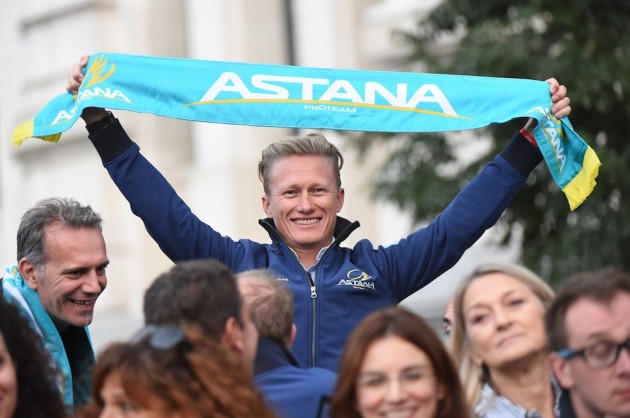 Vinokourov had finished second in the qualifying round for his age category in Copenhagen earlier in August.

The former pro completed Saturday’s race in 9 hours and secured seventh place in his division. He placed 201st in the overall championship.

Patrick Lange of Germany was declared winner of the Iron Man Championships with a finishing time of 07:52:39.

Daniela Ryf of Switzerland snagged the title of fastest woman on the day despite getting stung by a jelly fish in the very start, whereas British racer Lucy Charles picked up the silver medal.

Vinokourov retired from his racing career in 2012 after an epic road race in London where he took home the Olympic gold medal.