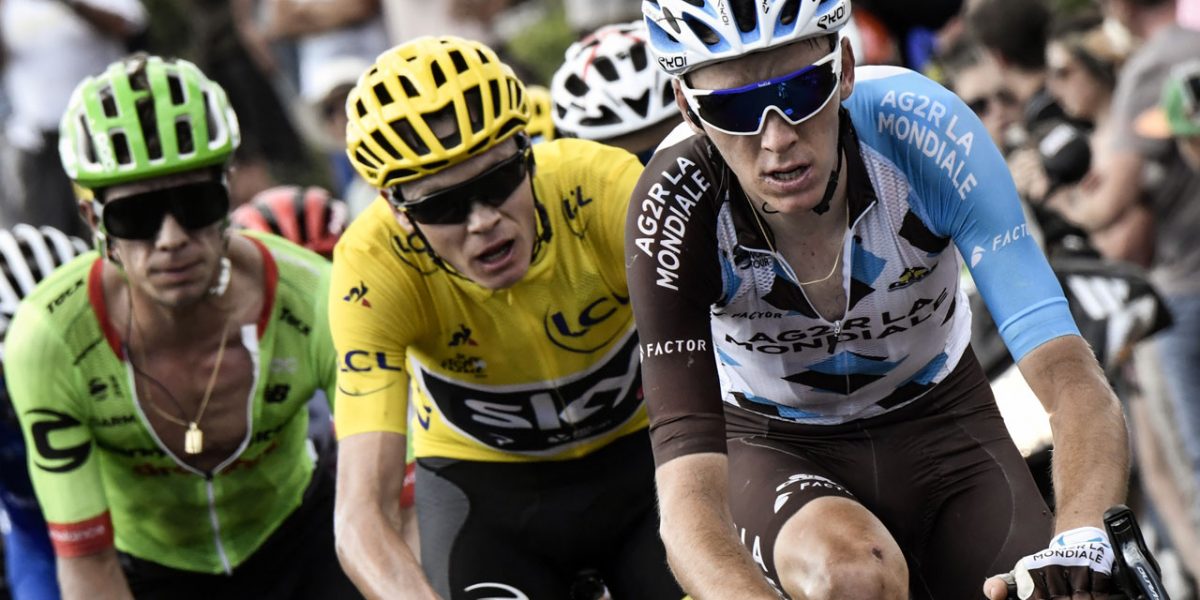 Romain Bardet has said he is happy that Chris Froome’s anti-doping case, which lasted for seven whole months, has finally come to an end right before the biggest tour in the world, Tour de France, which starts this Saturday July the 7th.

Bardet has been one of the biggest critics when it came to Froome’s decision to continue racing even thought he was under investigation by the UCI. According to Bardet, Froome should have stayed out of the road.

Last year, Bardet, 27, finished third behind Froome and second to Froome the previous year as well.

Cleared by the UCI

Chris Froome was cleared of any wrongdoing this week on Monday by the UCI and will now fight for his fifth Tour de France title.

Bardet on the other hand, will lead his team, the AG2R Mondiale, while fighting to become the first French cyclists to win The Tour since Bernard Hinault who won the big title in 1985.

“I’m happy the UCI has given an opinion and made a decision on this,” Bardet said. “Chris Froome suffered this situation for nine months as did the world of cycling, we all suffered from that.

“He is still the number one favourite for the race and maybe he will clinch his fifth victory. His main obstacle will be his own shape. We will see his shape very soon. The last months have not been good for cycling and it’s good to know the Tour will start in a peaceful atmosphere. I think this will be the case thanks to the decision from the UCI,” he added.