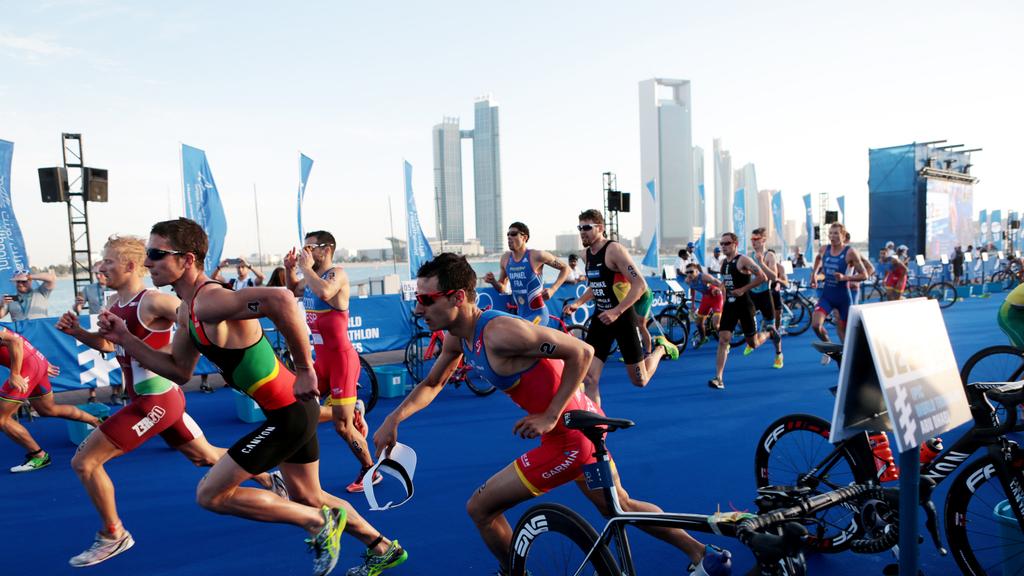 “The ITU World Triathlon Abu Dhabi is firmly established as one of the highlights on the region’s sporting calendar. This is both as a community driver and in terms of the international attention it brings to the emirate,” Abu Dhabi Sports Council CEO of technical affairs Talal Al Hashemi said.

“Now in its fourth year, the event boasts a stellar field with over 100 of the world’s best triathletes ready to take on their first race of the season. A 21 per cent increase on last year’s elite participation. What is also heartening is the increase in the numbers of women participating in our community races this year. There is a six per cent increase on 2017. The ever-increasing interest in the sport, from the grassroots level up, is a positive reflection of the bright future ahead for the sport in the region.”

There are some BIG names racing this weekend for #WTSAbuDhabi and we caught up with some of them! Check out what they had to say: https://t.co/v8TZx6JYlq pic.twitter.com/X3HHLaaBkl

An impressive number of participants

Olympic champions will compete alongside amateurs over the three-leg event at Yas Island. So far, there are more than 2,000 professional and normal athletes who have signed to become part of the opening World Triathlon Series race along with 500 juniors.

Some of the elite triathletes who have confirmed their participation include Olympic medalist Jonathan Brownlee, world champions Flora Duffy and Mario Mola, current champion of the event Andrea Hewitt and Andy Lewis who is the Paralympic gold medalist.

“It’s exciting to be back here in Abu Dhabi. Last year was a really special win so I’m looking forward to racing on Friday. I’ve been here a few days working with the Tri Belles and meeting some young female triathletes from the UAE. It’s pretty exciting to see these triathletes coming through in the Middle East. I’ll be down there on Saturday supporting the age groupers too,” said Hewitt.